Zamostianska Street is an important spatial and transport axis of the Zamostia district, which, together with Kotsiubynskoho Avenue, forms the main connections within the district and connects it to other parts of the city.

The major reconstruction of Zamostianska Street, from Peremohy Square to Striletska Street, was undertaken in 2018-2019 and included the replacement of tram tracks, building of cycling paths, parking space improvements, replacement of green spaces along the alley, planting of 450 new trees, installment of the stormwater drainage system.

On the 1811 master plan of Vinnytsia, there is only a small number of houses on the territory of modern Zamostia, mostly near the Southern Bug River, and there is no Zamostianska Street yet.

In the second half of the 18th century, the Zamostia district was being actively built, and the 1909 map already shows the network of streets that has been preserved to this day. The map shows Zamostianska street, which was then called Velyka Mykolaivska Street. Later on, the street was renamed many times. On the 1916 map it is named Voznesenska (in honor of the Voznesenska Church that was built at the intersection of the street with the modern Kotsiubynskoho Avenue), on the 1926 map – Trotskoho Street, on the 1943 German map – Hetmana Doroshenka Street. Then it was named Voroshylova Street, and in 1991 it was renamed Chervonoho Kozatstva Street. In 1995, to commemorate the half-century anniversary of the victory in the great Patriotic War, the street was renamed 50-richchia Peremohy Street. The street received its current name in 2015. 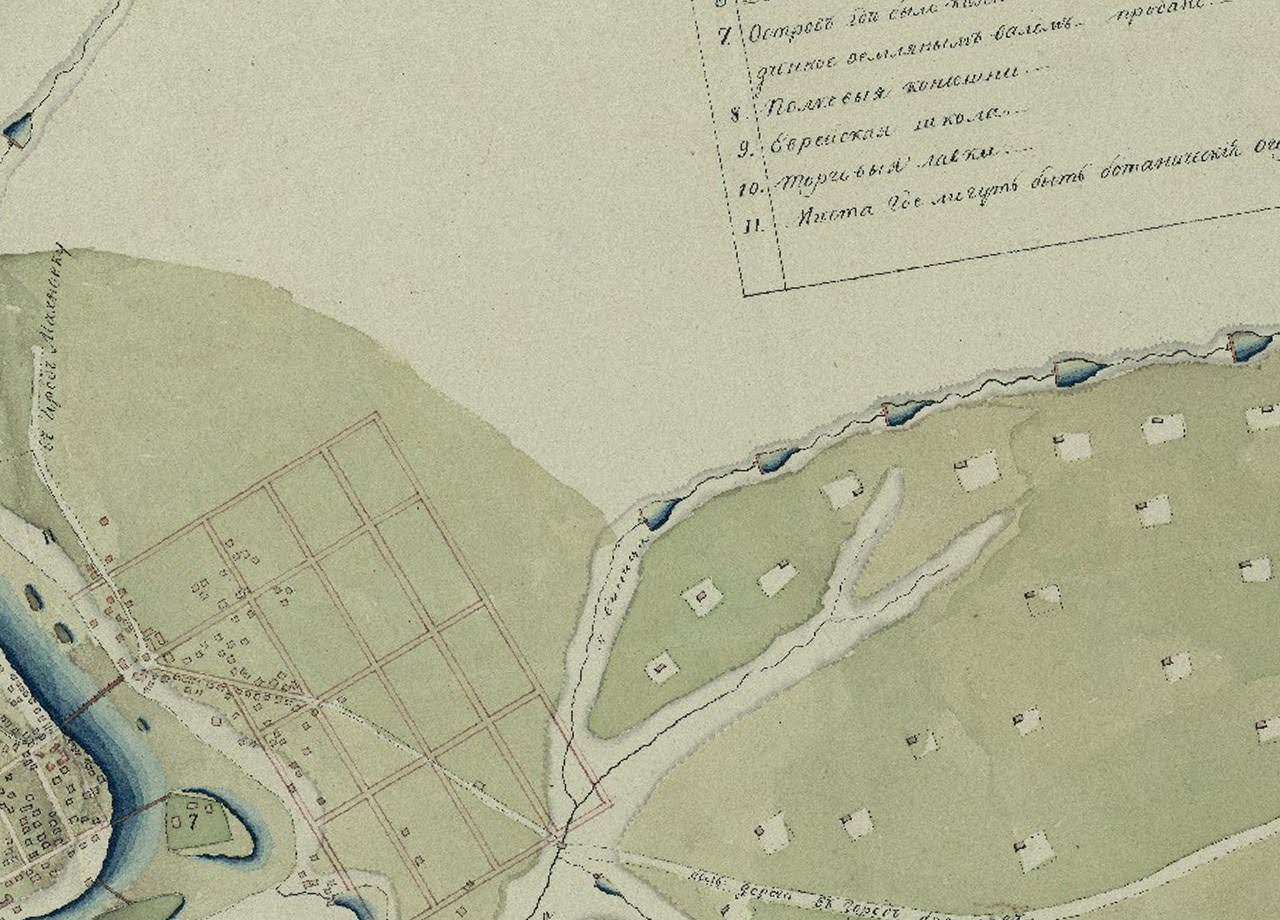 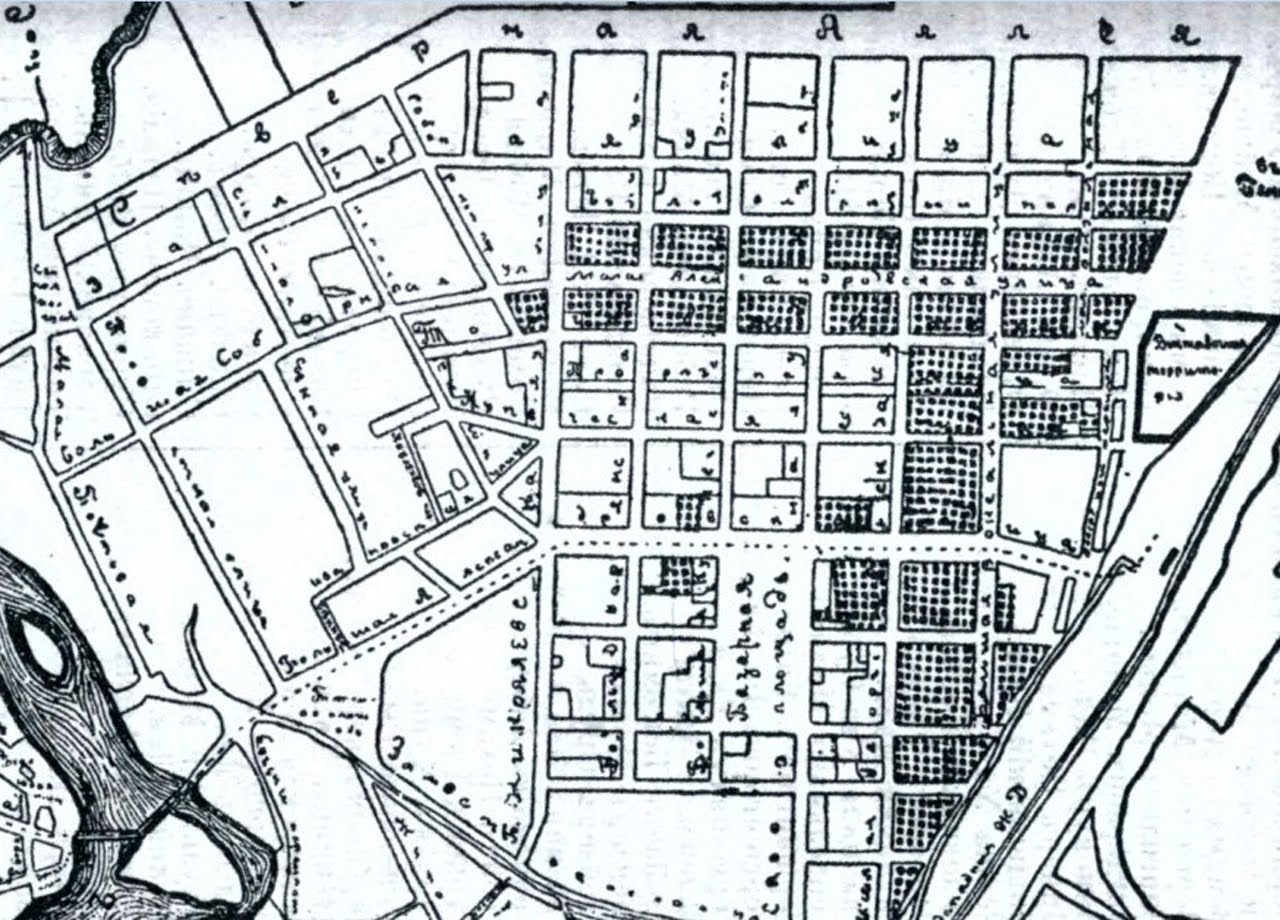 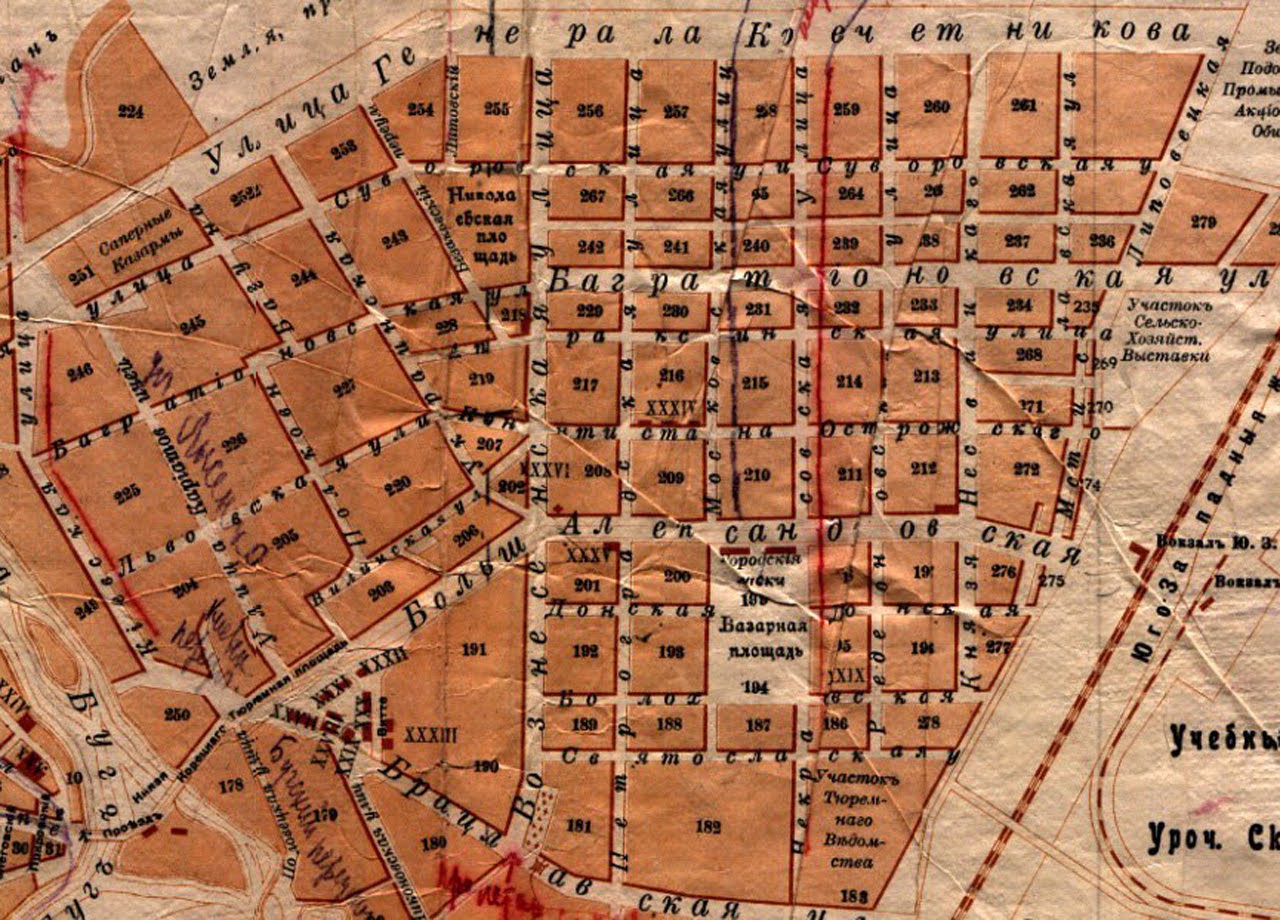 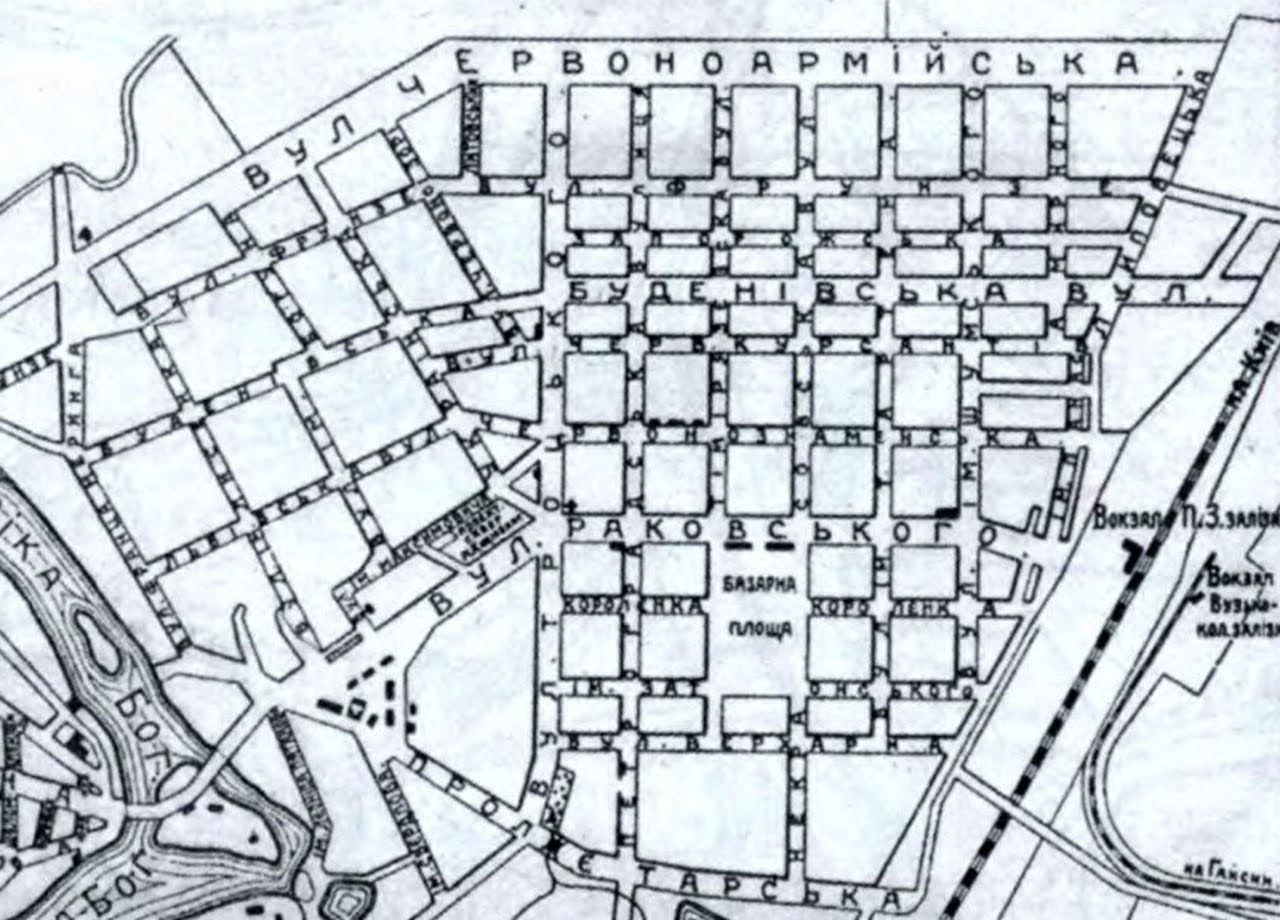 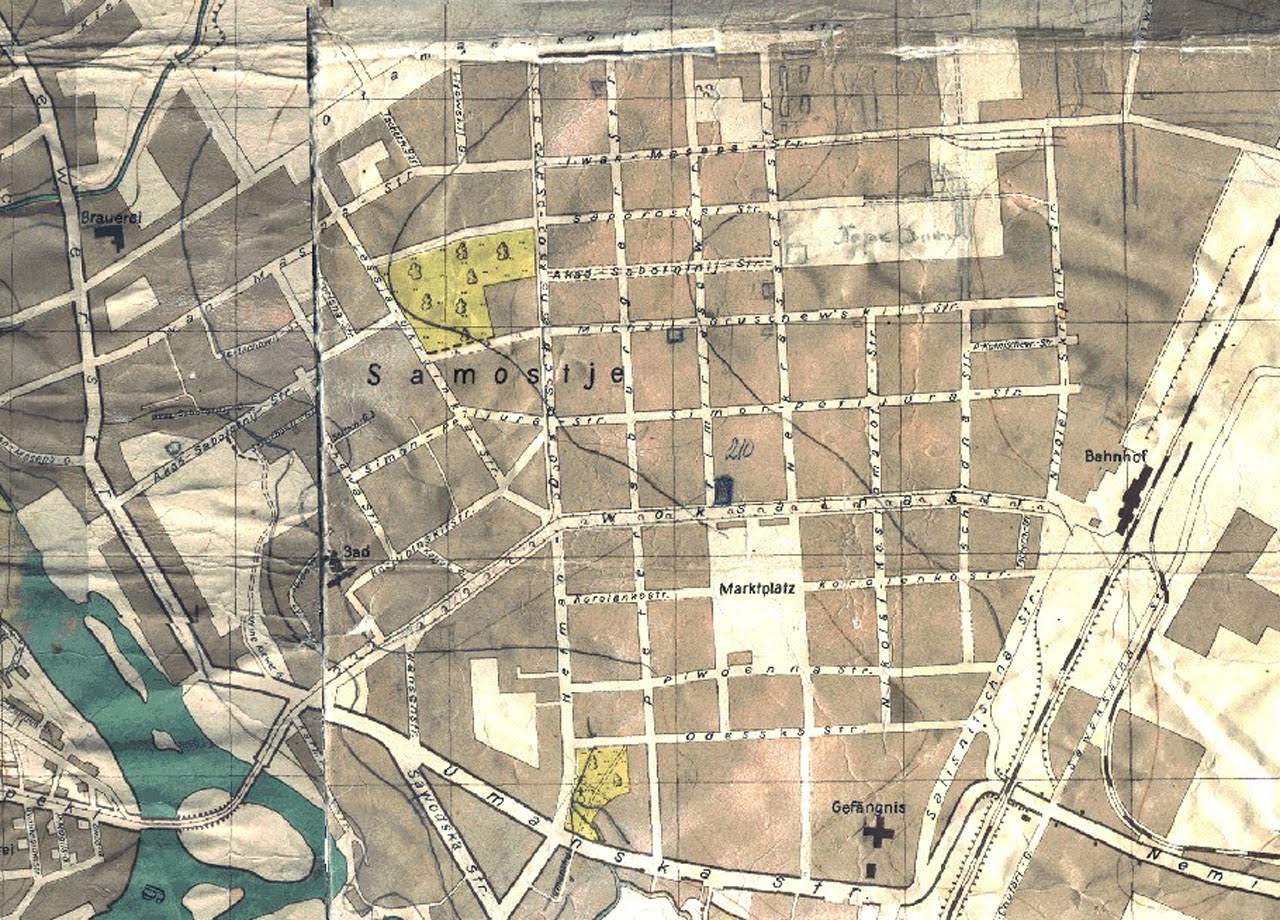 The prerequisite for the reconstruction of Zamostianska Street was the need to:

The reconstruction was also aimed to respond to the following challenges: 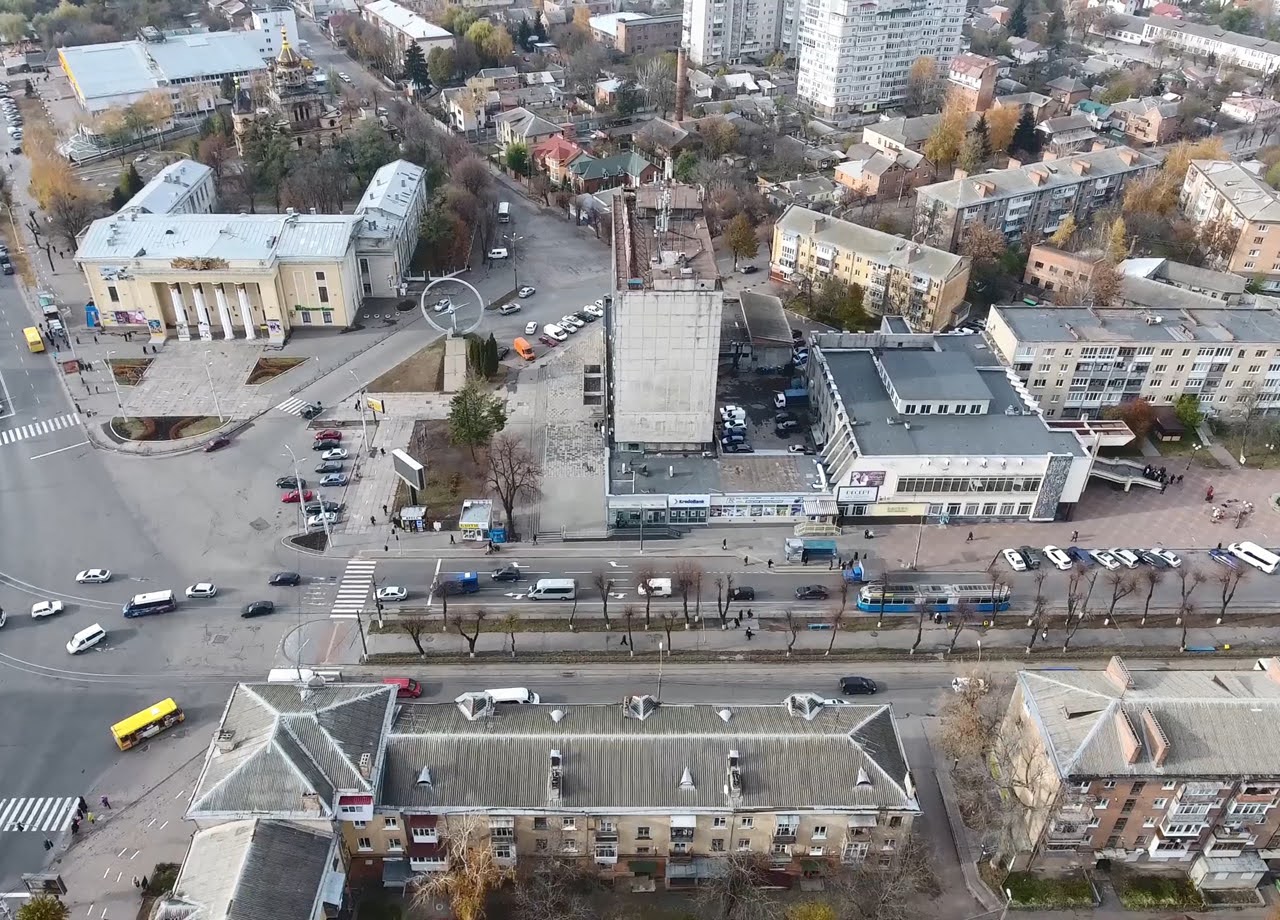 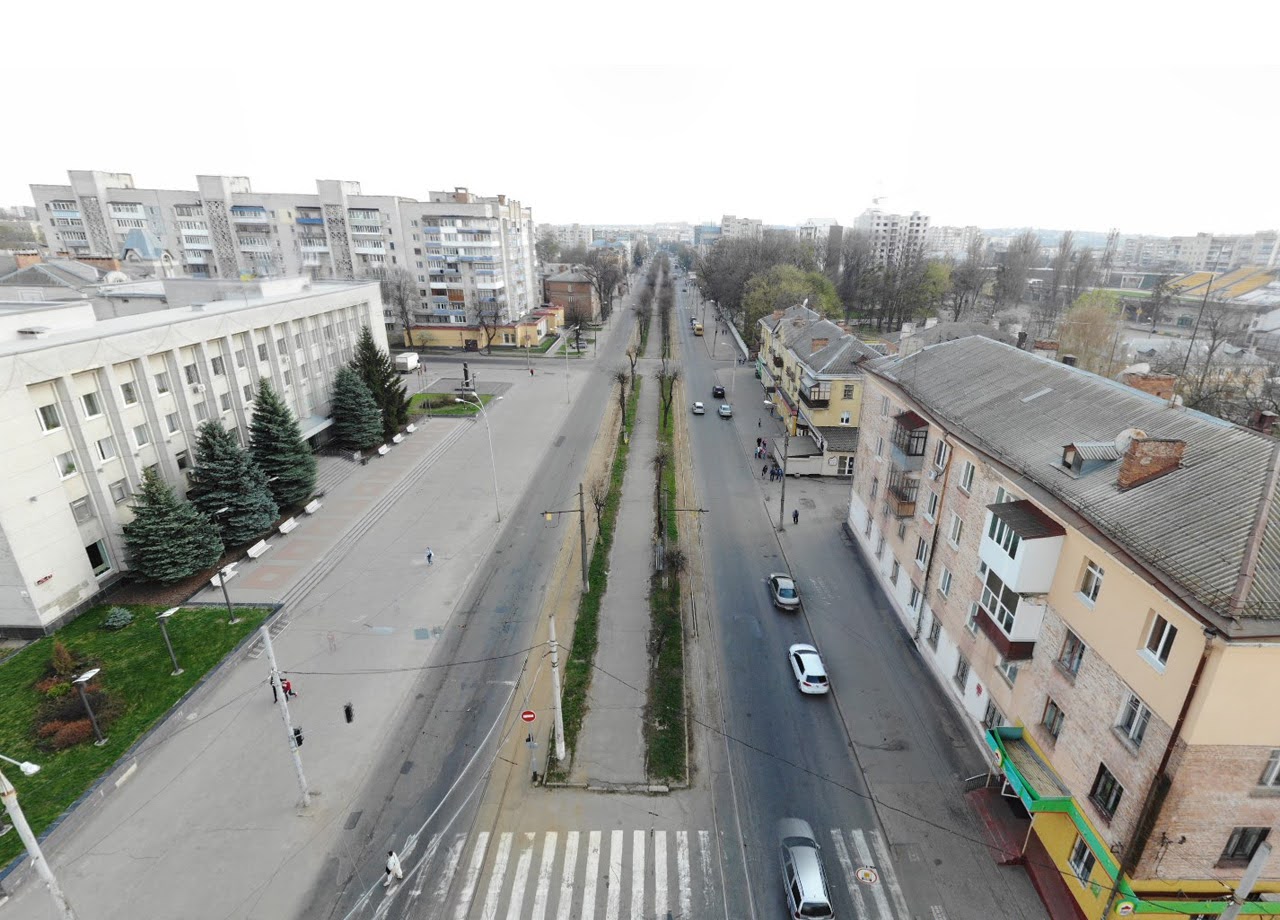 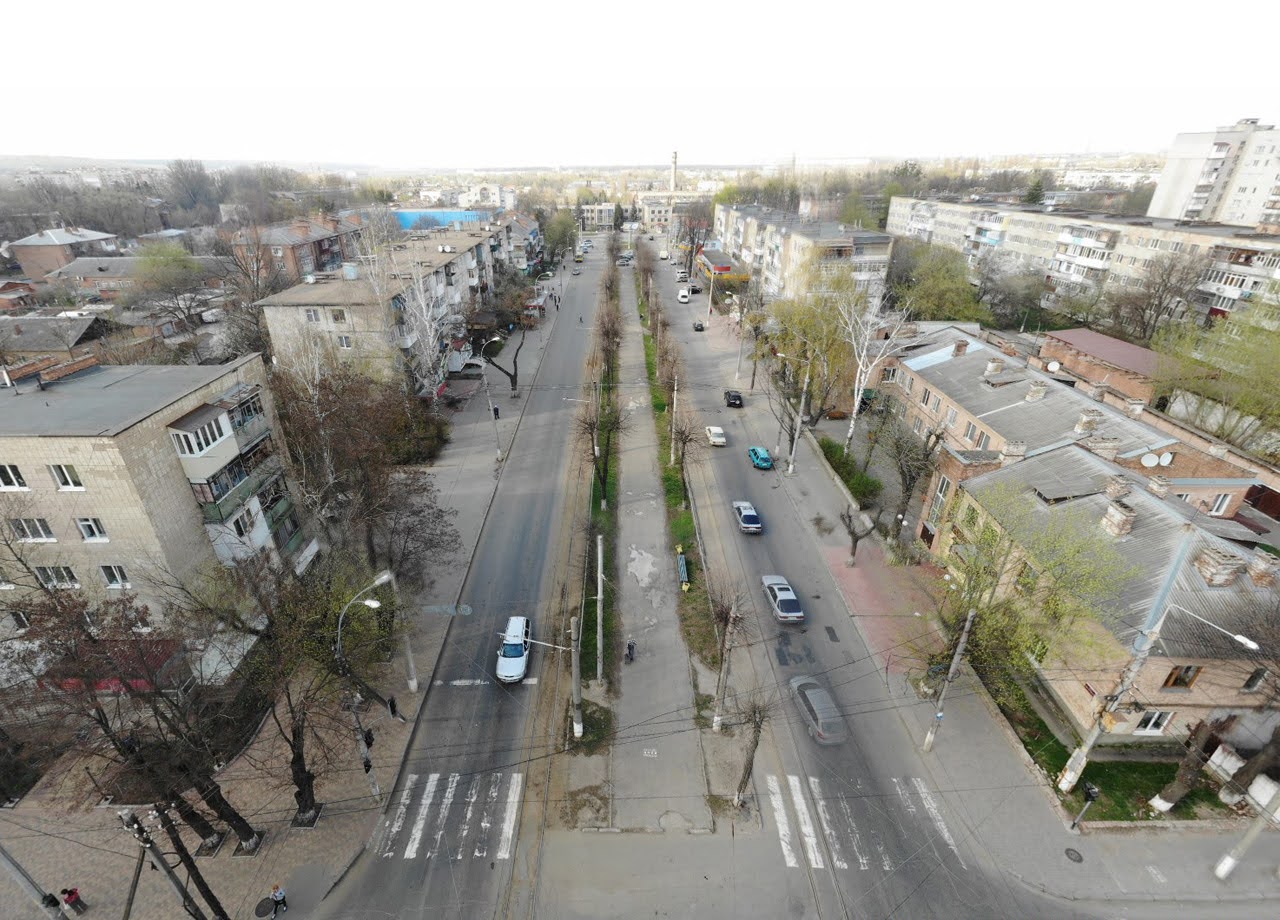 As a result of the reconstruction (based on assessment of traffic capacity and existing traffic load), the organization of traffic was changed – the extreme right lane was used for the construction of a bike path and the expansion of the sidewalk with the planting of new trees, and “pockets” were created for parking in places where the street layout allowed for it.

A new tram stop was built at the entrance to the Central City Stadium. 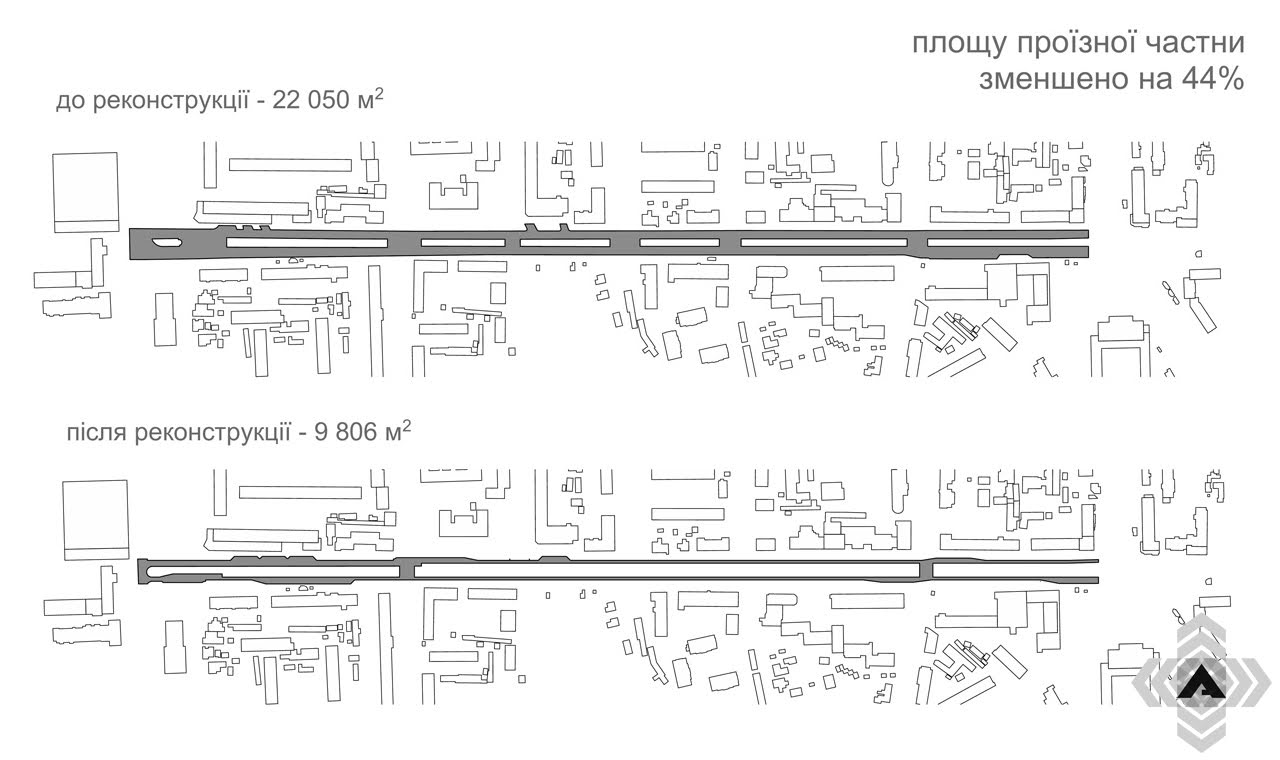 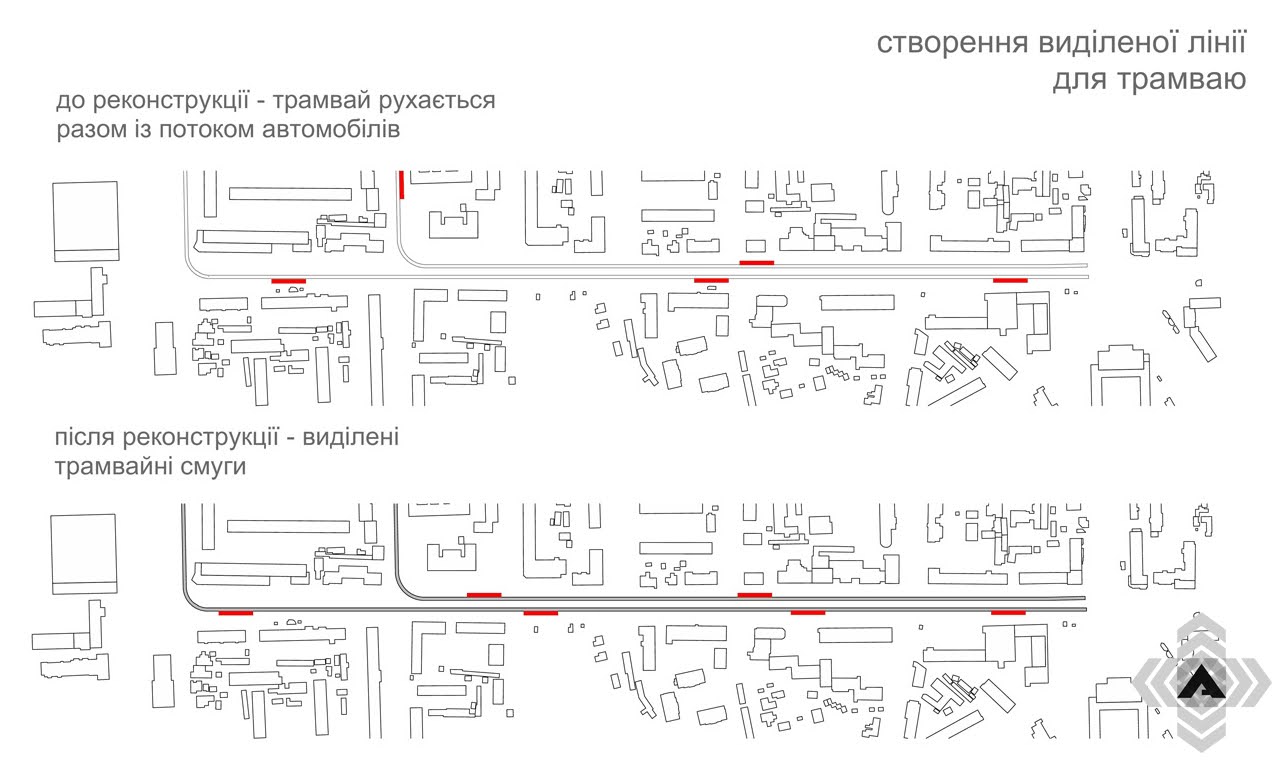 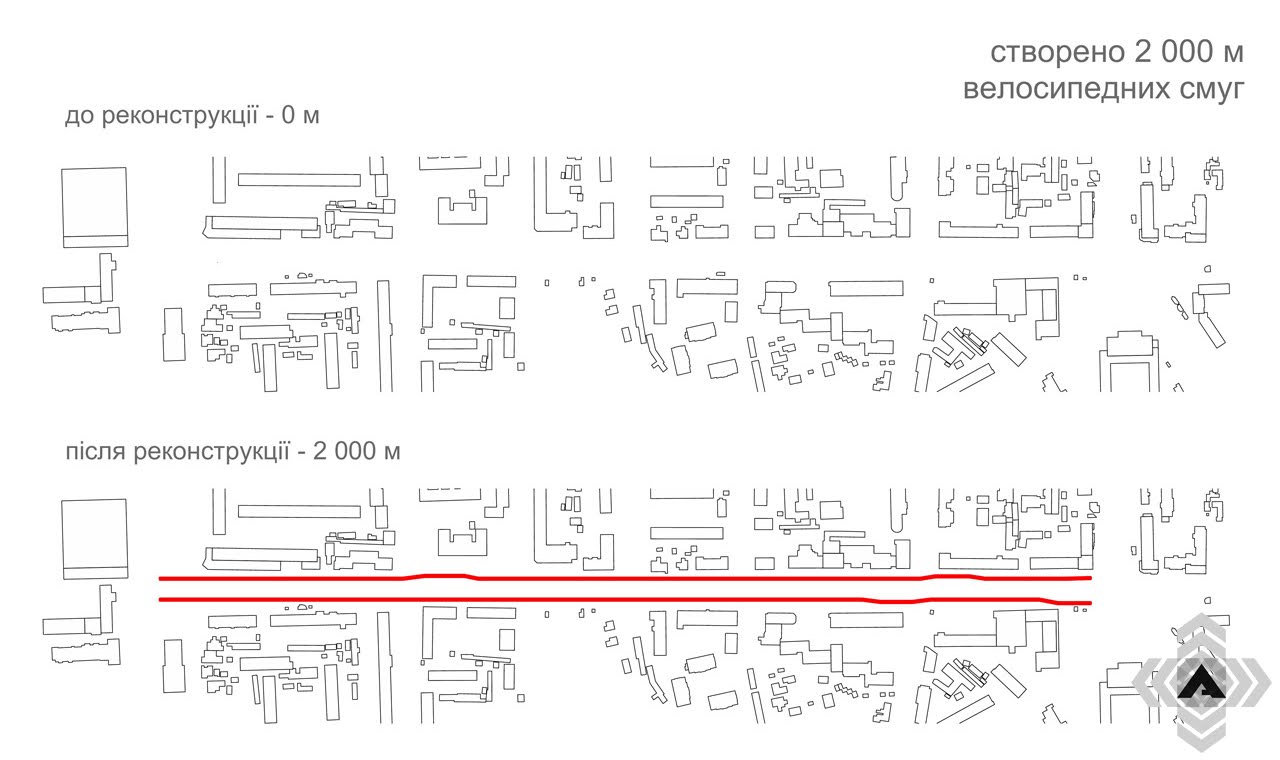 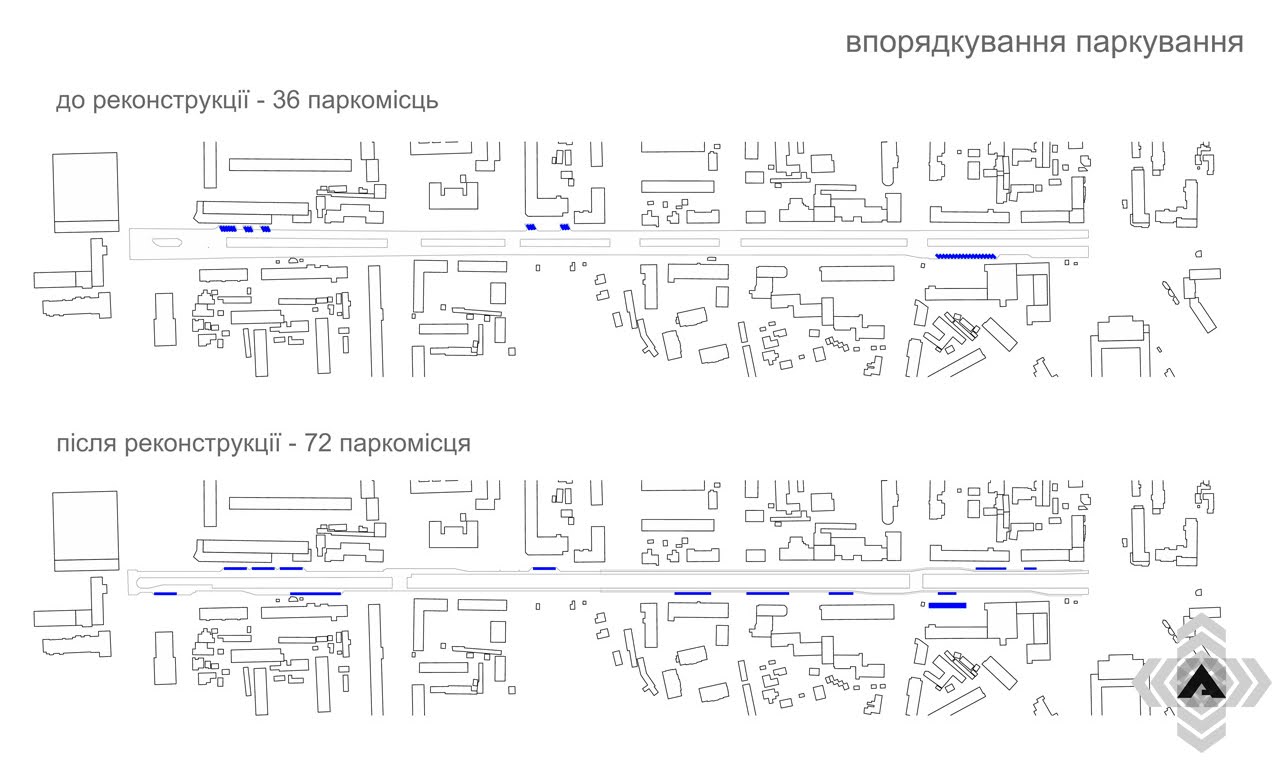 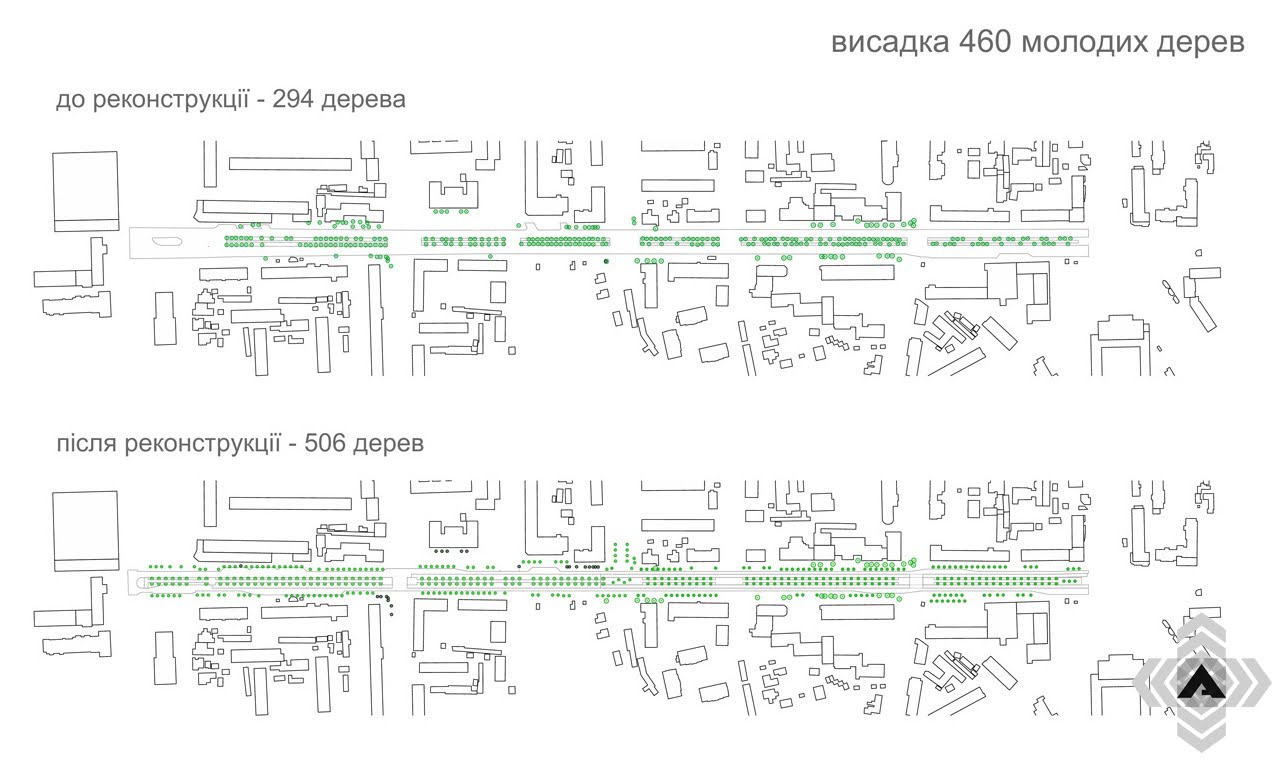 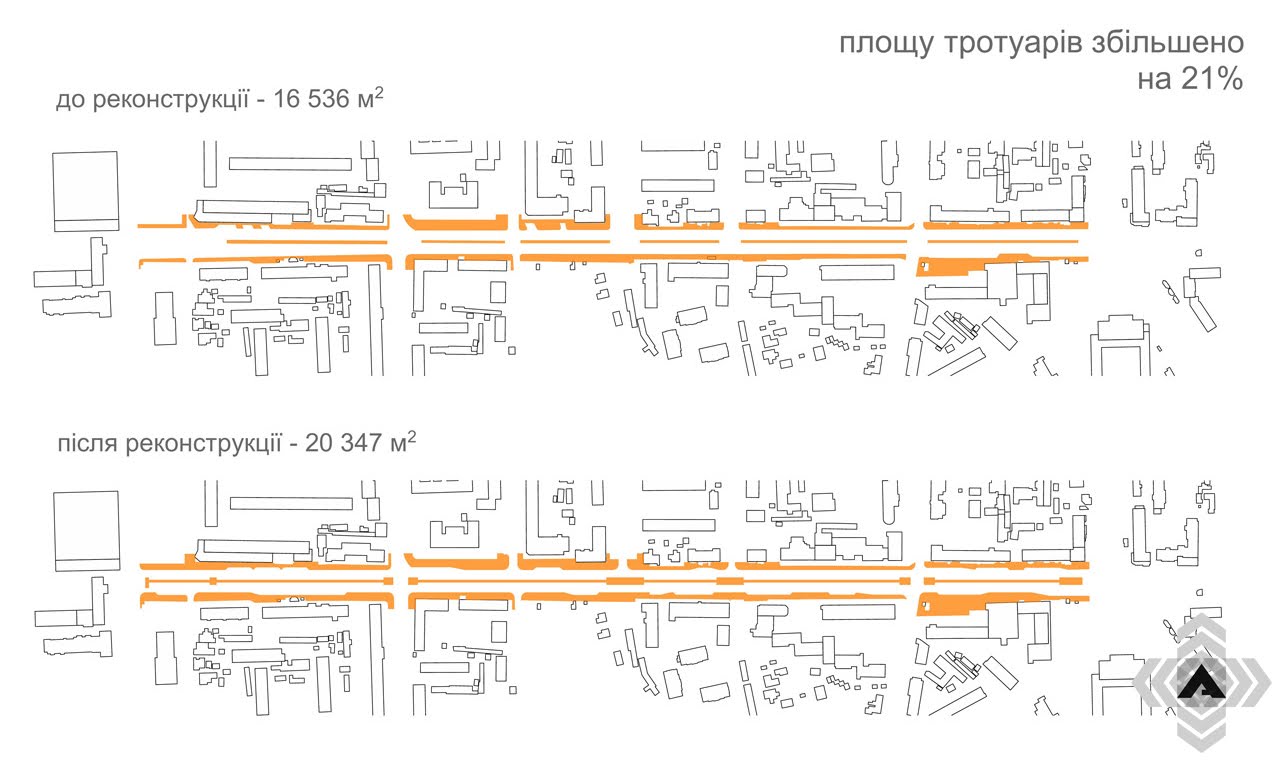 During the reconstruction of tram tracks, the rails were attached to solid concrete slabs laid on a layer of hot asphalt. This reduces vibrations and noise when the tram is moving and ensures high quality and durability of tracks.

For the first time in Ukraine, a solution with a raised roadway at tram stops sections (Vienna-type platform) was used in Zamostianska street. This improves convenience for passengers and encourages drivers to slow down before a stop. 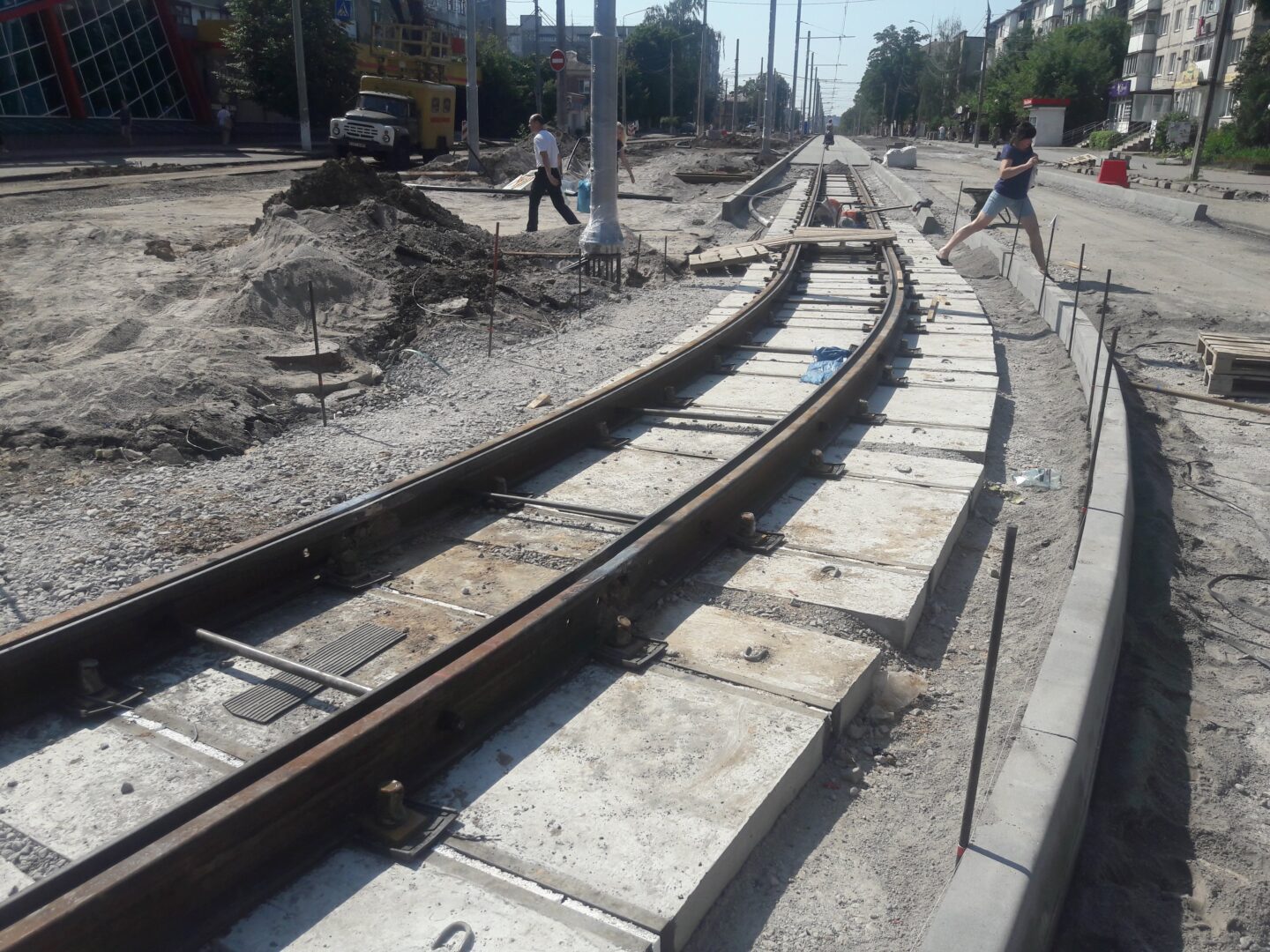 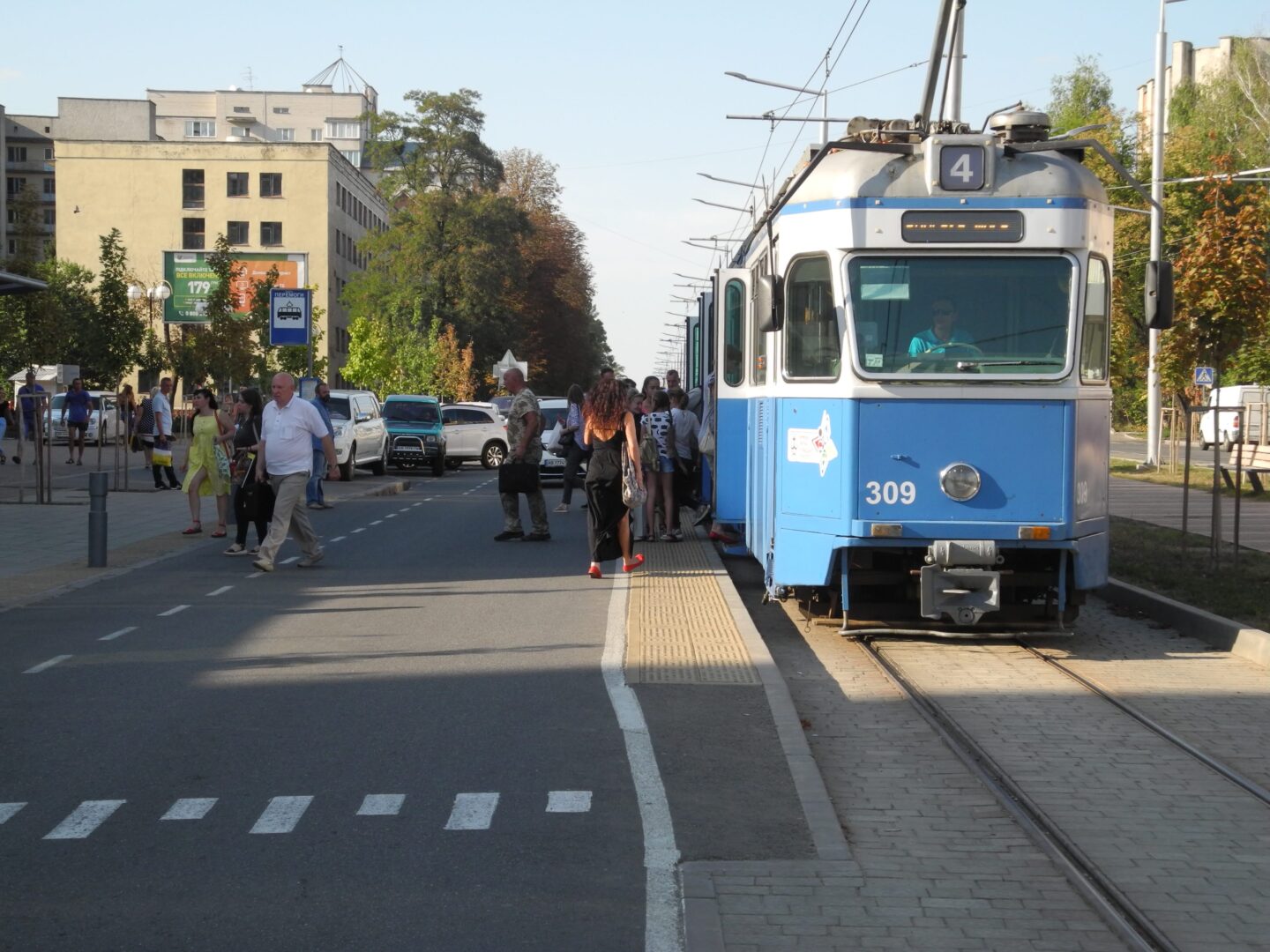 The total cost of work was about UAH 164 million. 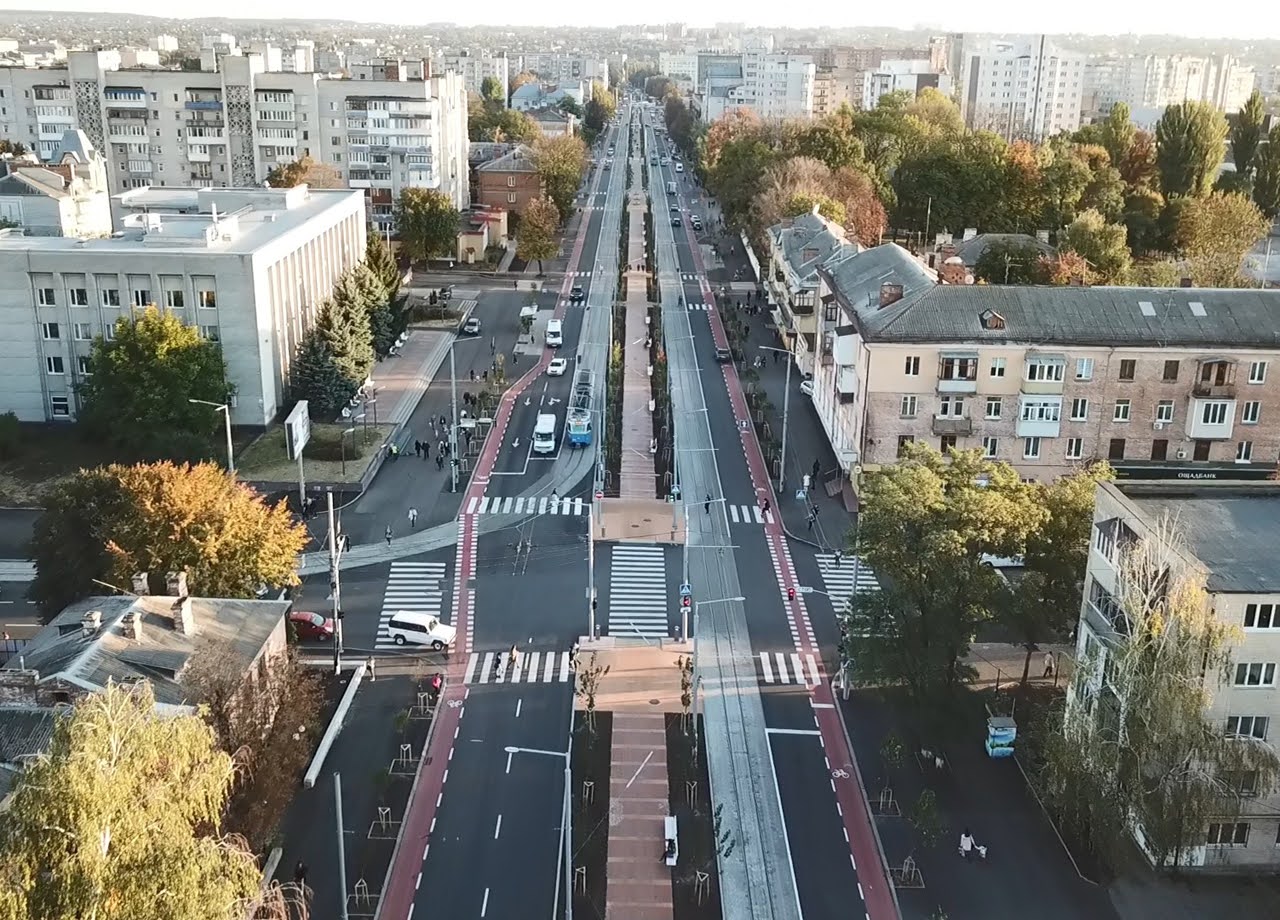 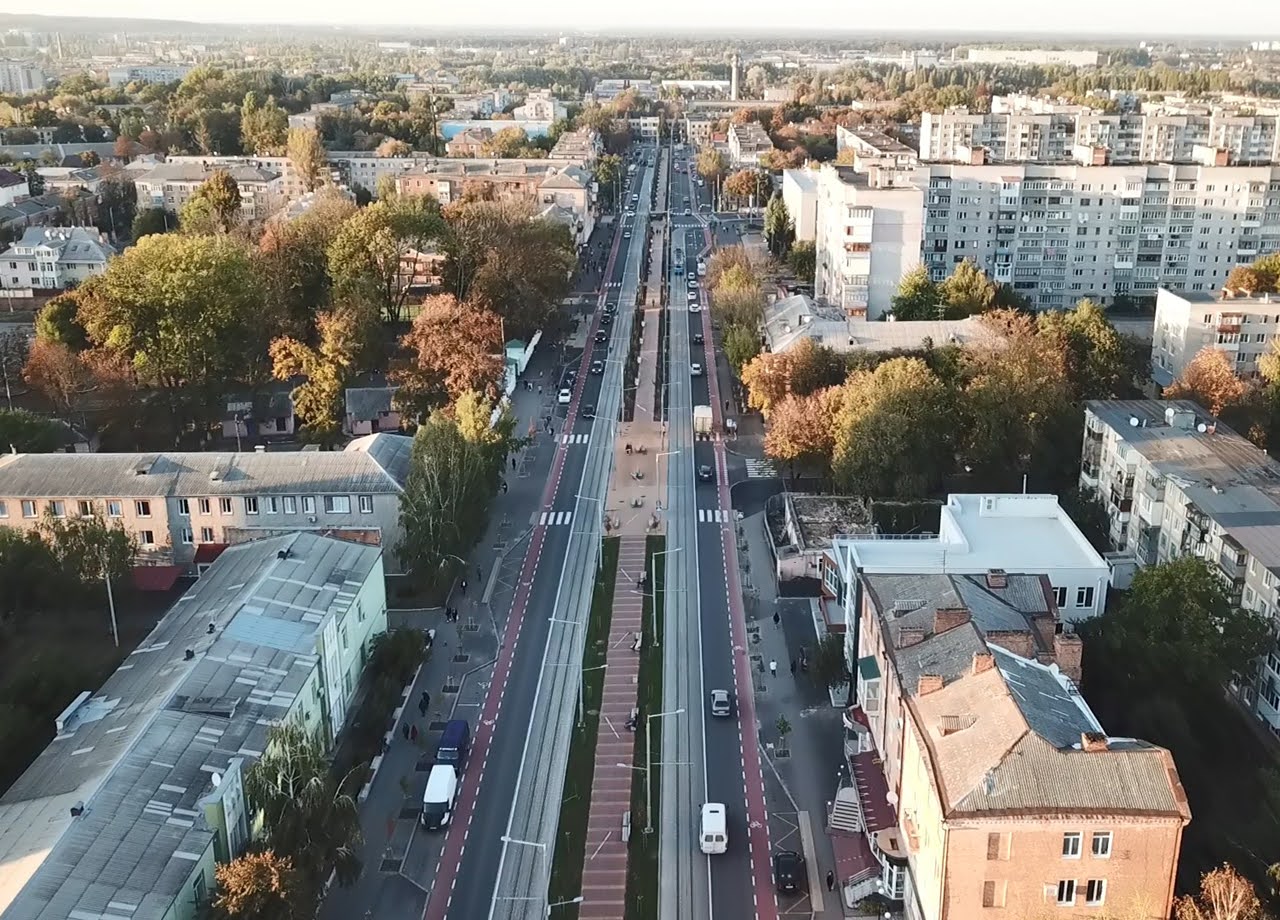 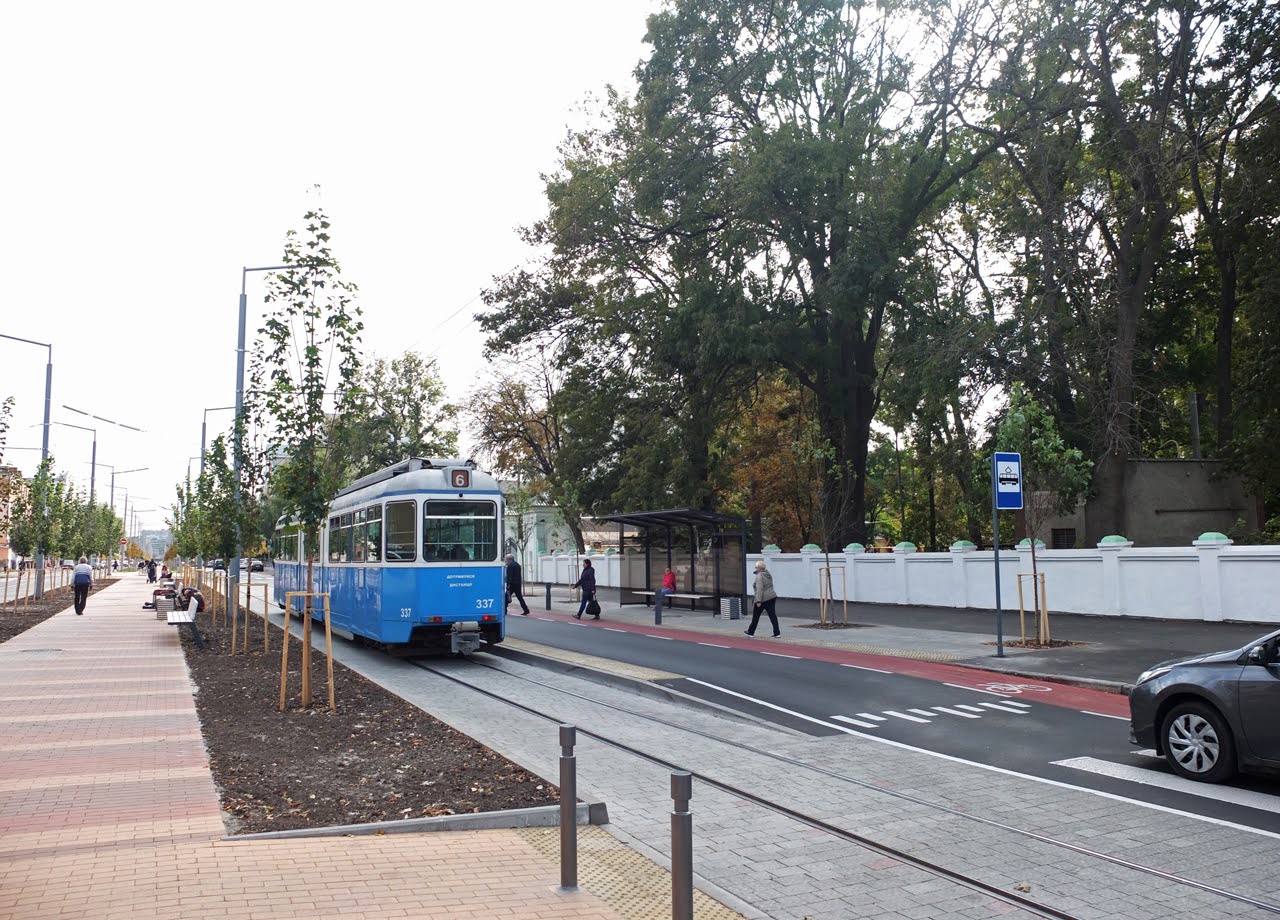 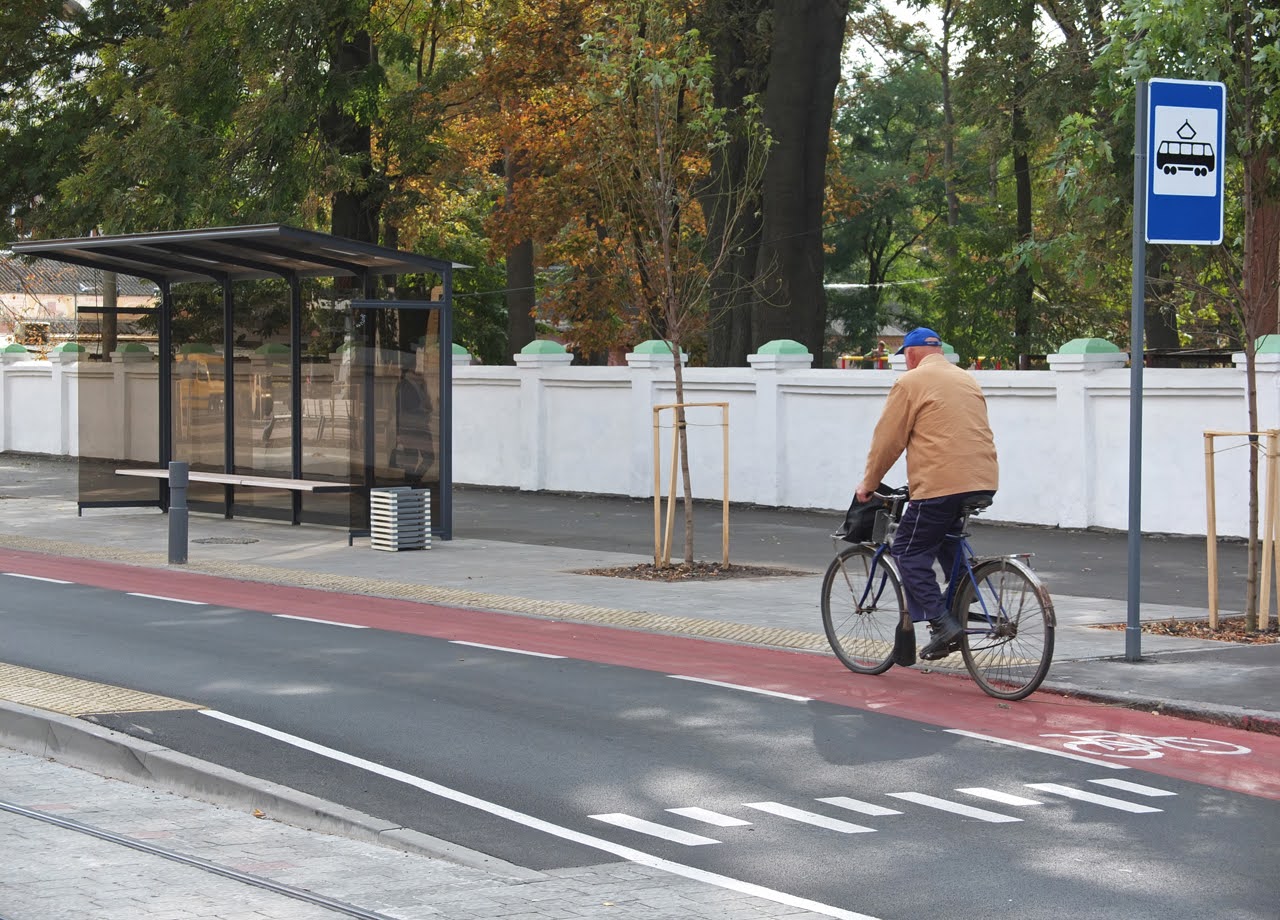 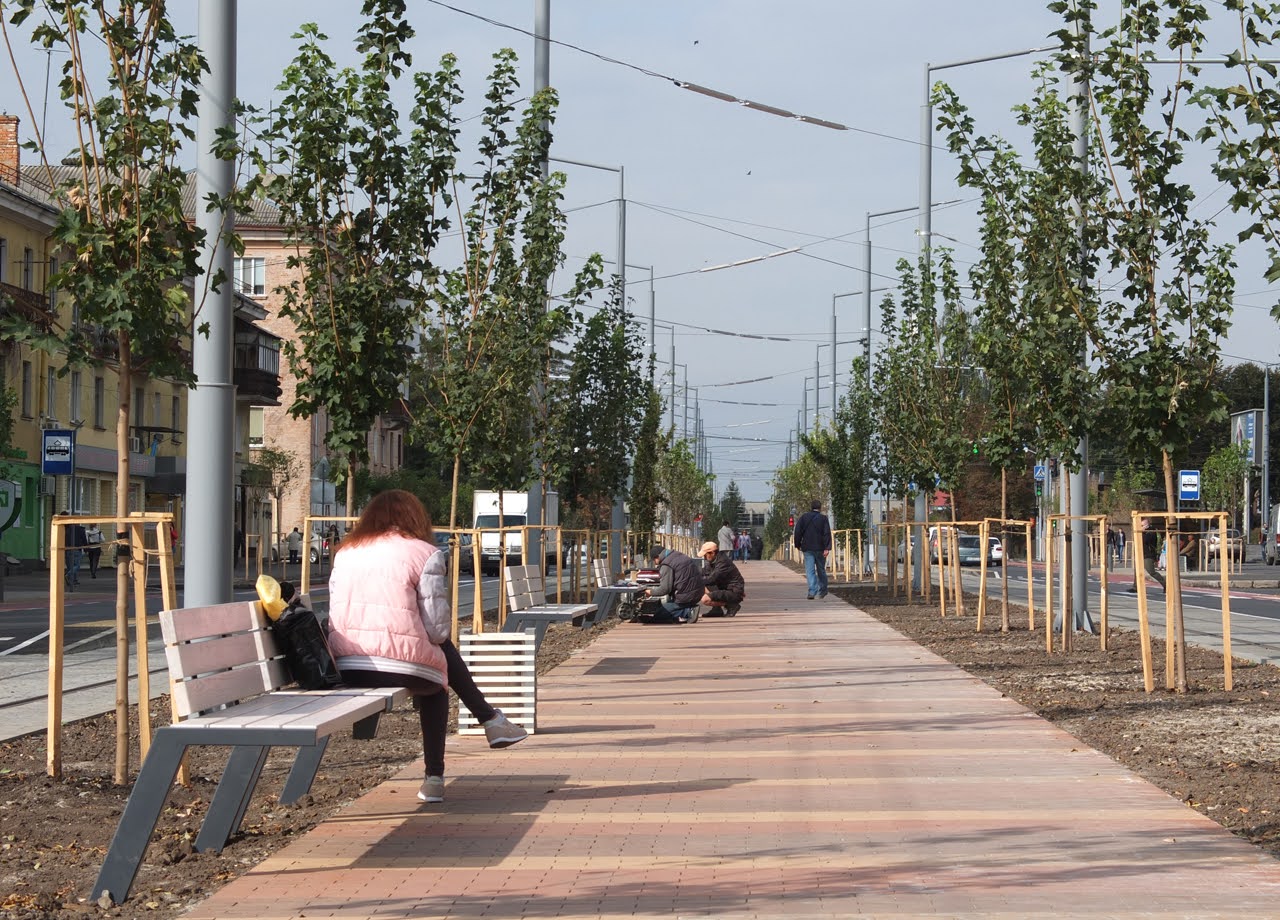 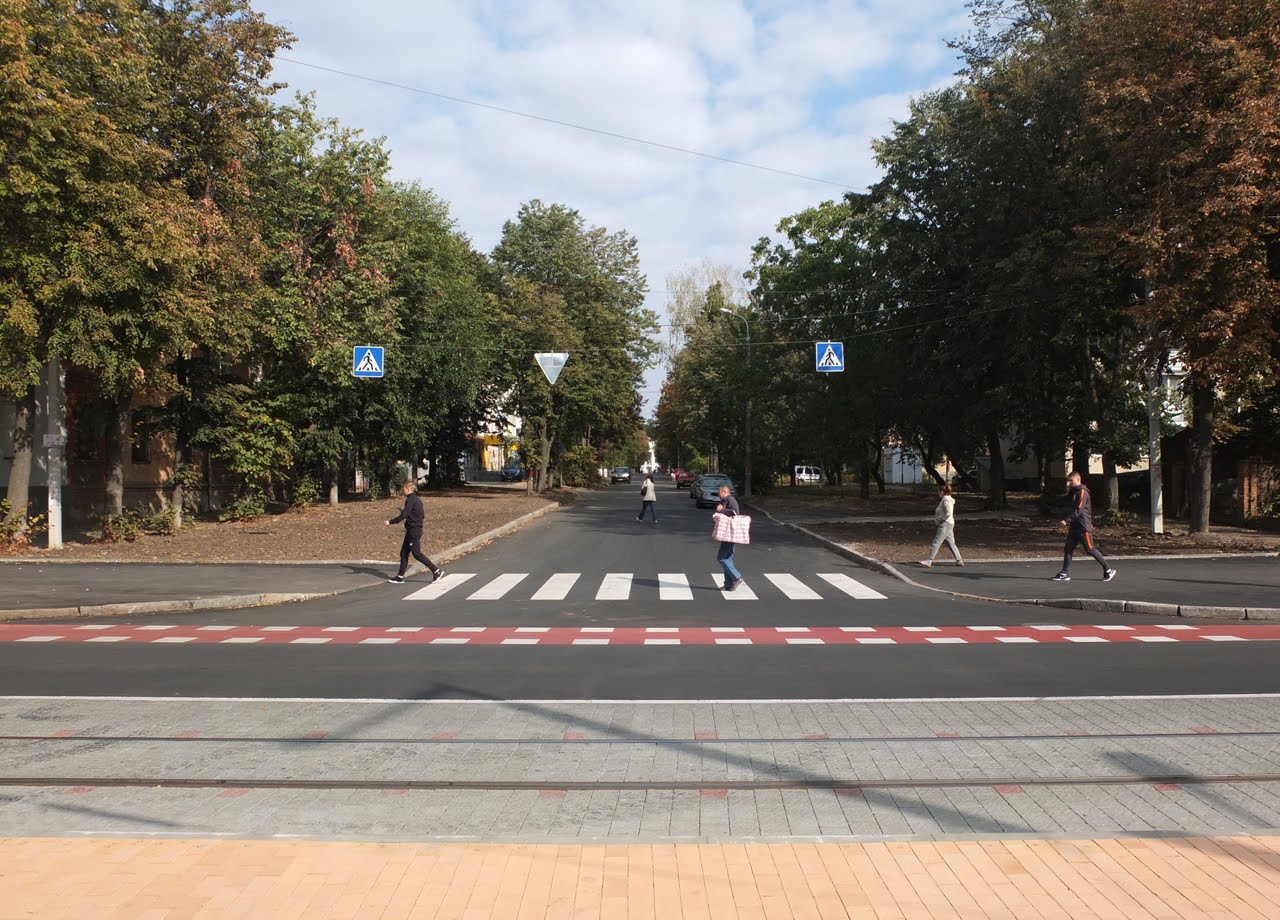 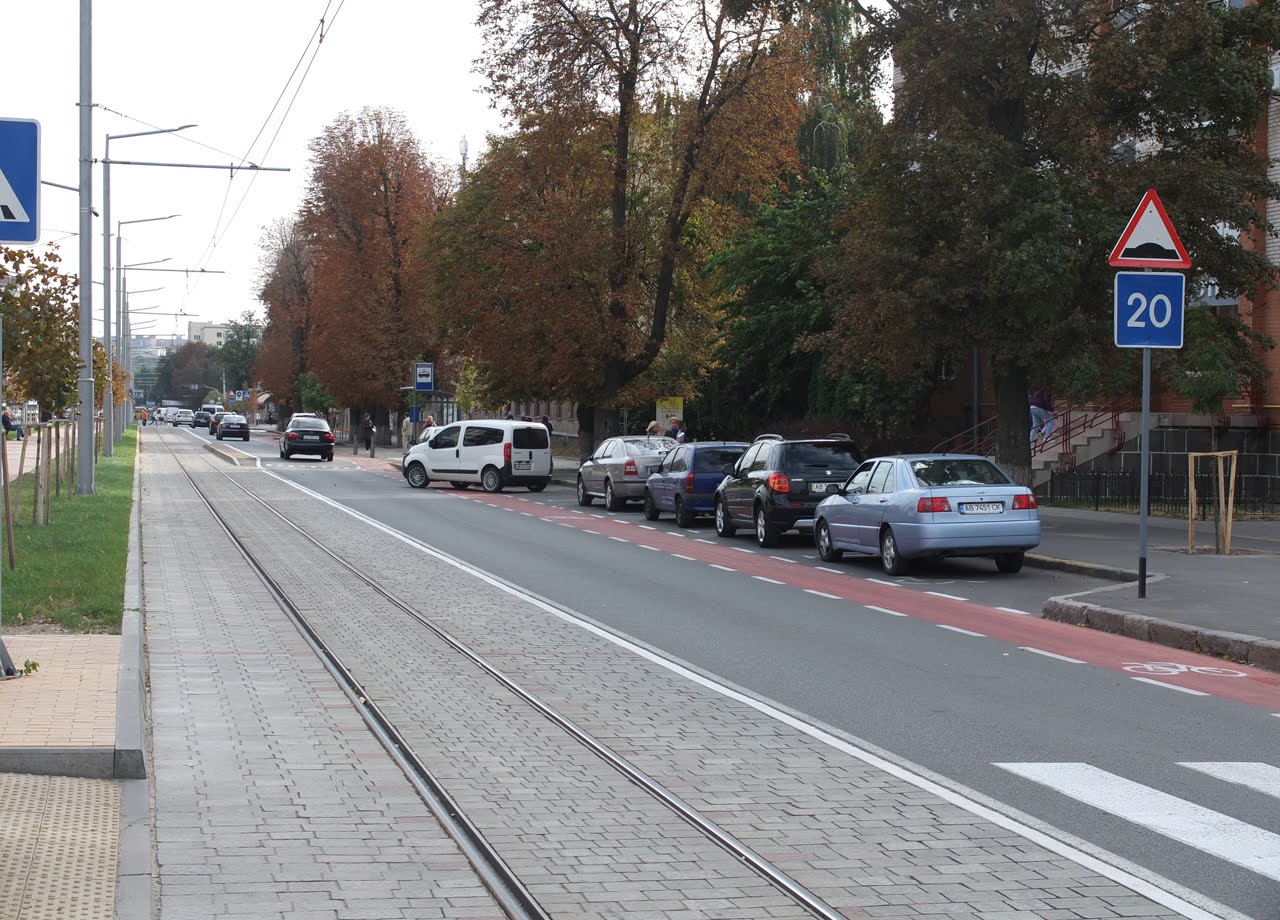