The Vinnytsia Mile (VinMile) Project envisages a large-scale reconstruction of Kotsiubynskoho Avenue, which is an important traffic and public artery of the city of Vinnytsia, the main axis of the Zamostia district. The Comprehensive Strategy for Urban Transport and Spatial Development of the City of Vinnytsia identifies Kotsiubynskoho Avenue as an integral part of the Corso Line, where traffic and urban community life are integrated into an attractive street space. In particular, the strategy proposes to lay the tramway in Kotsiubynskoho Avenue, where it used to be in the past, and to transform Heroiv Chornobylia Square and Railway Station Square (Pryvokzalna). The project is carried out as part of a major project Integrated Urban Development in Ukraine II which has been implemented by Deutsche Gesellschaft für internationale Zusammenarbeit (GIZ) GmbH since 2015 and supported by the German government and the Swiss Confederation government in eight Ukrainian cities, including Vinnytsia. The reconstruction of Kotsiubynskoho Avenue is a strategic project within the Integrated Urban Development Concept Vinnytsia 2030.

Based on the 1825 City Master Plan by K. O. Vvedenskyi, Junior Architect of the Podillia Province Department, a public road was built from the right-bank New City to the railway station. Before long, this new urban planning axis of Zamostia was named Velyka Oleksandrivska Street.

On October 28, 1913, the first tramway in the Podillia province was opened in Vinnytsia, and in 1914 a single-track line to the railway station was laid along Velyka Oleksandrivska Street.

In 1924, the street was renamed Rakovskoho Street, and in 1928 – Kotsiubynskoho Avenue.

Structures and buildings built in the late 1930s through 1950s, including 4-, 5-storey residential buildings, the Officers’ Community Center, the new railway station building, the office building of the Machinery Manufacturing Plant, the Railway Hospital building, the monument to M. Kotsiubynskyi and the Kotsiubynskyi Museum, are part of the cultural heritage and are identified by the City’s Historical and Architectural Key Plan as the city-planning accents of Kotsiubynskoho Avenue. 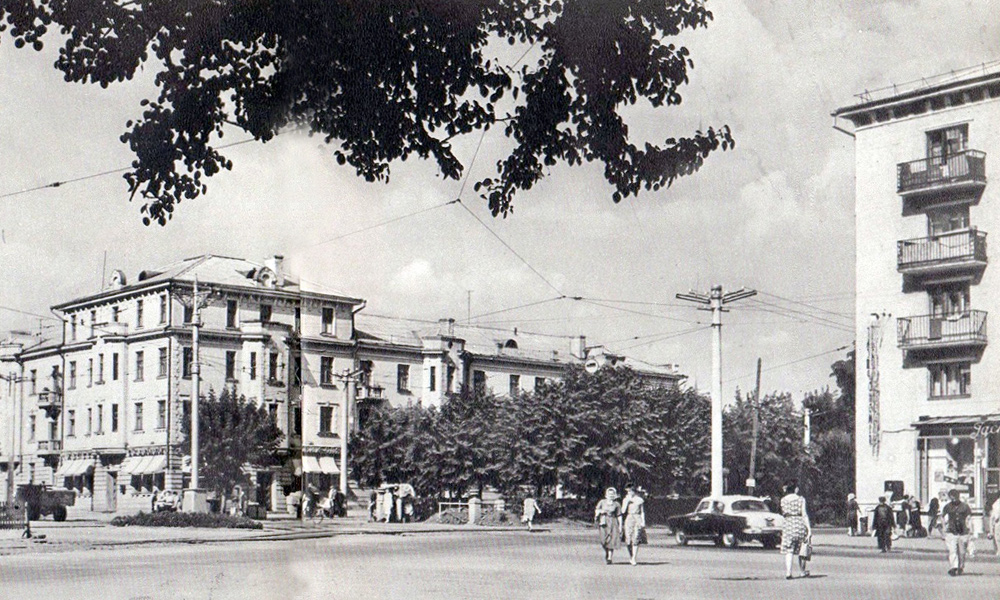 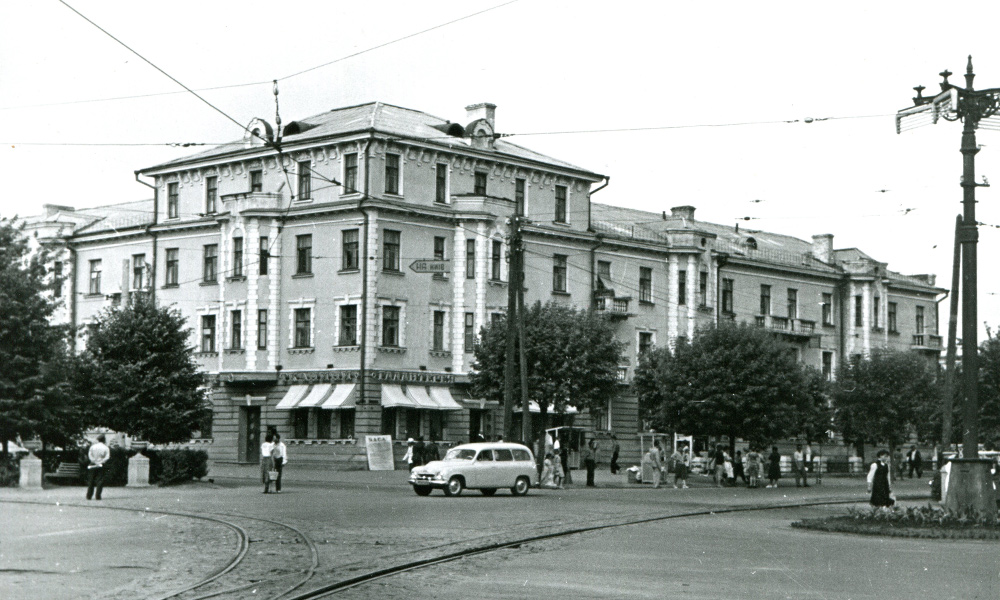 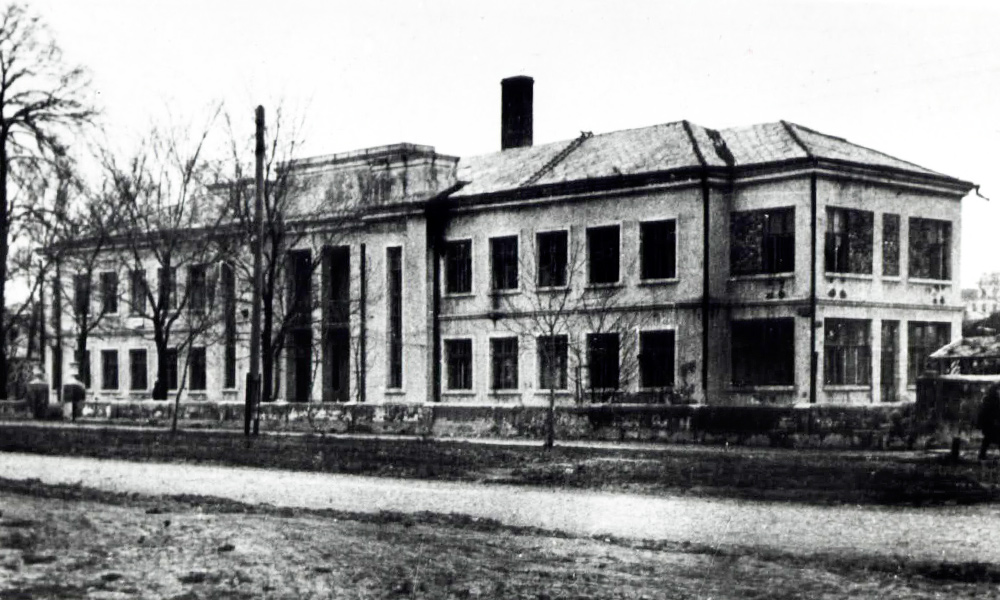 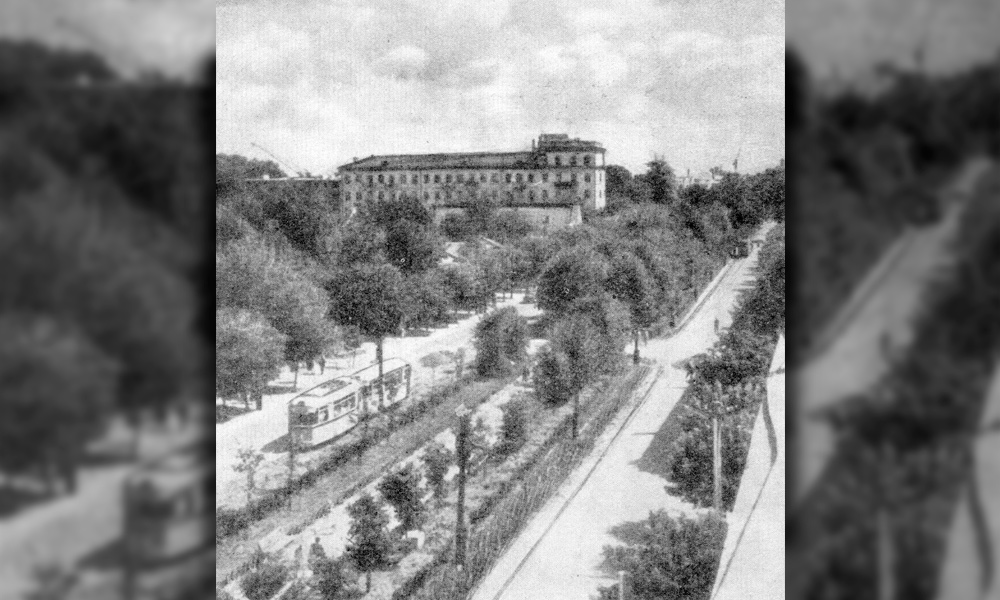 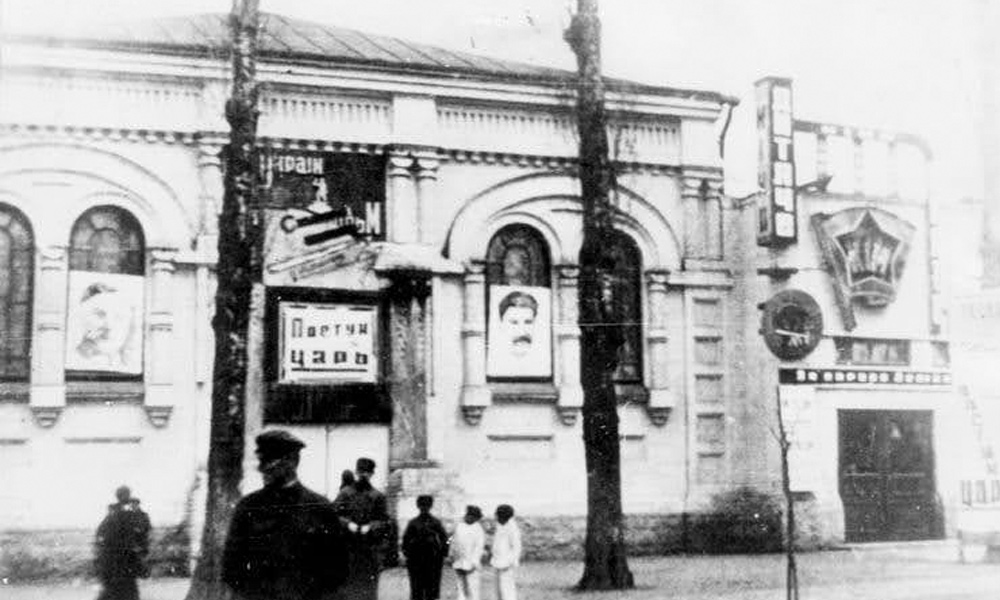 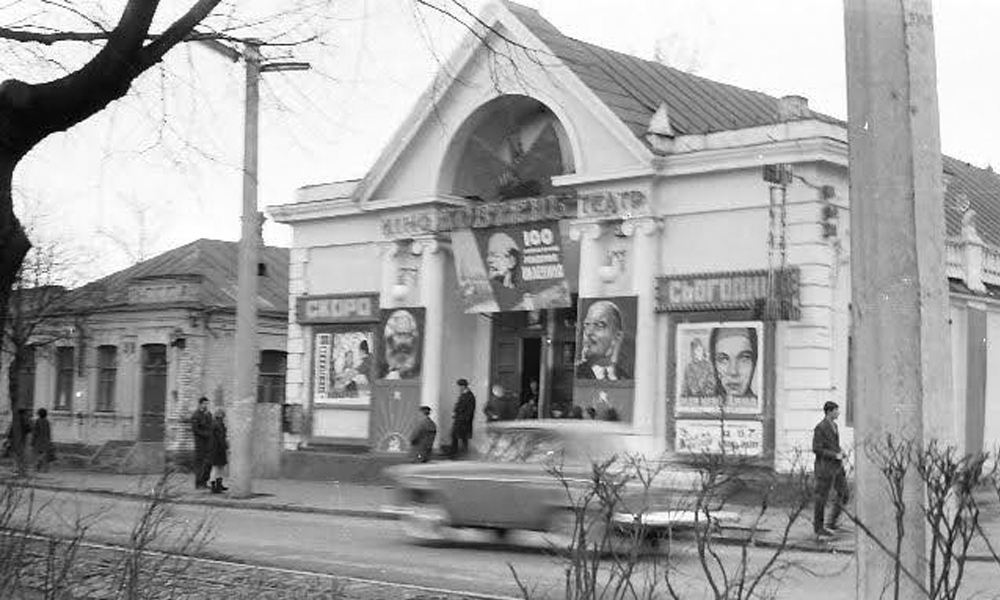 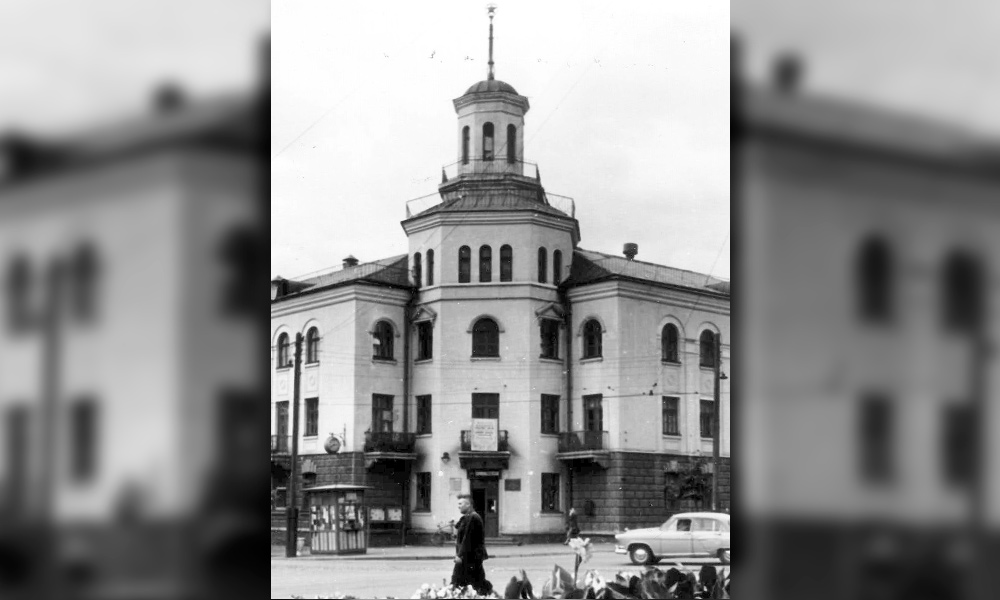 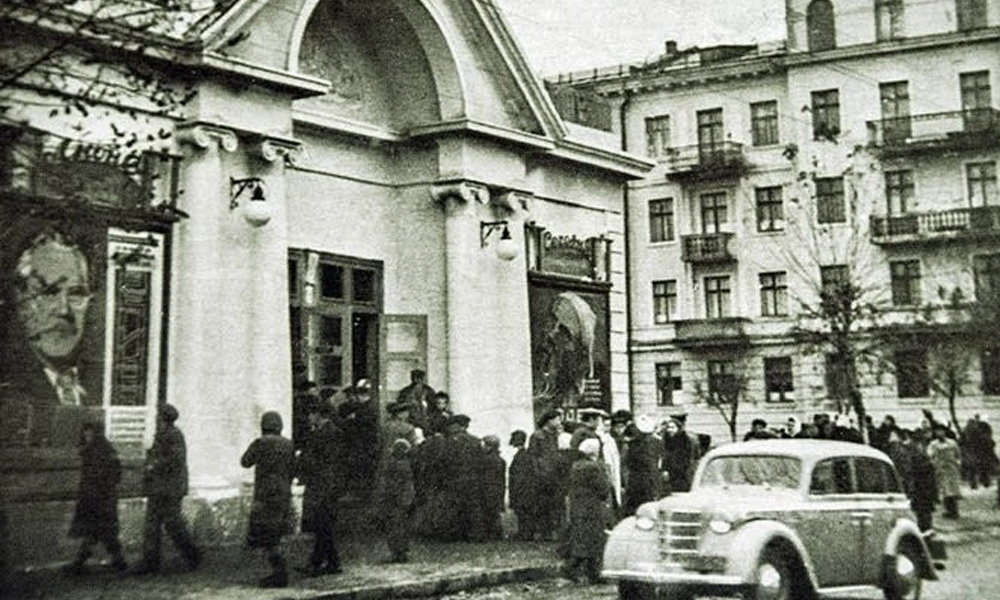 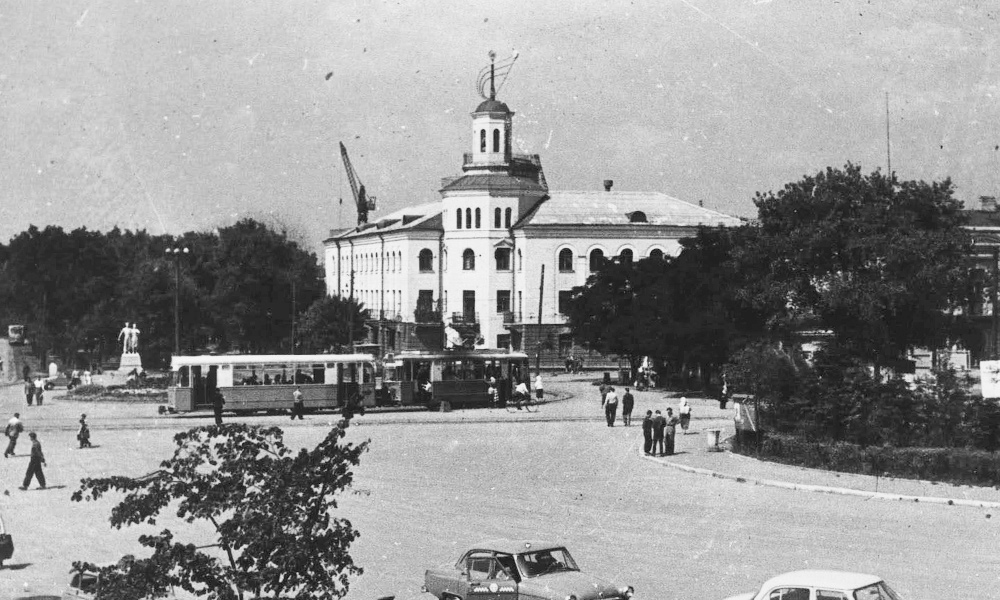 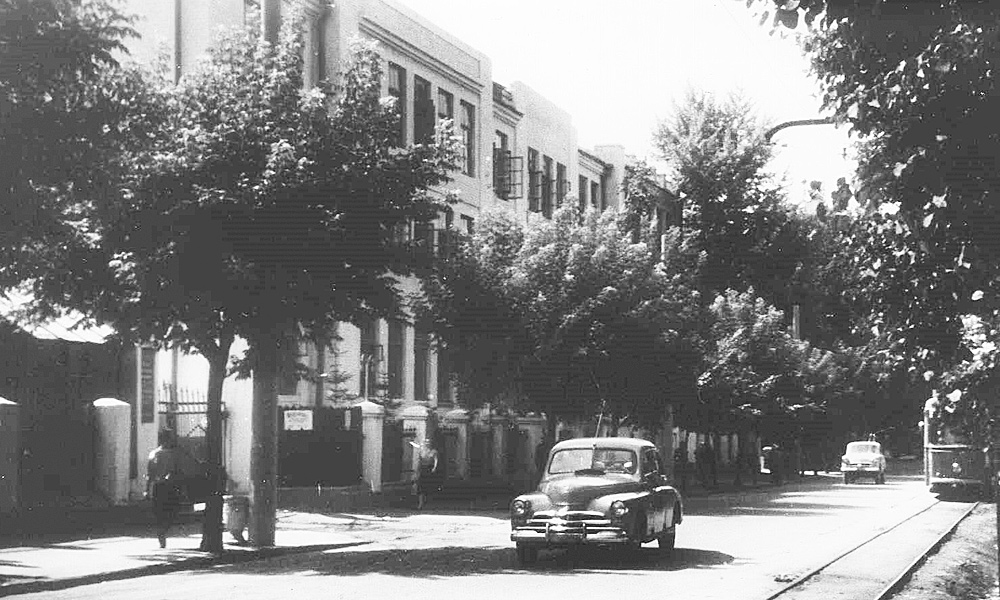 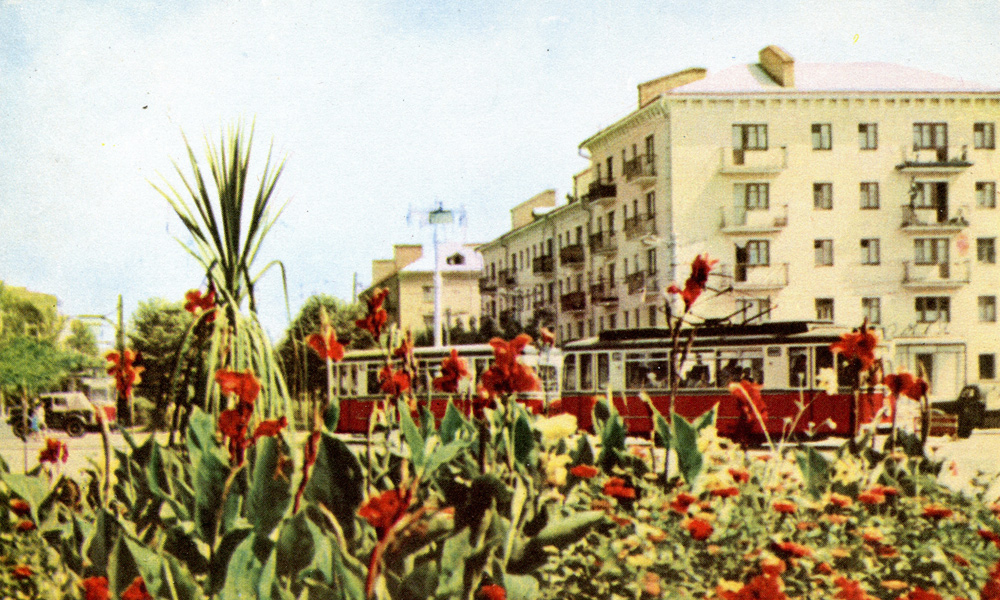 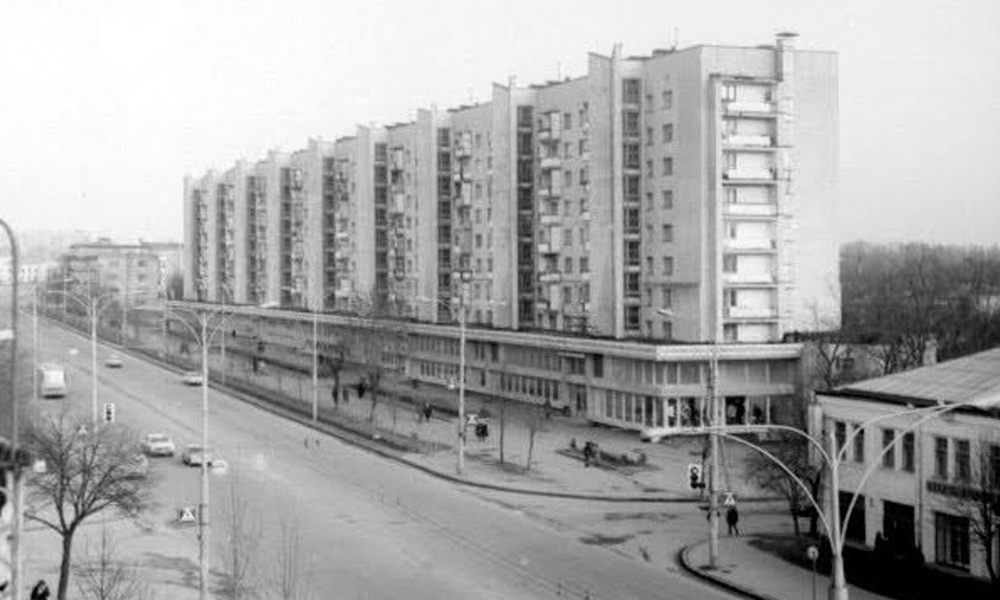 For a long time, a picturesque green boulevard ran between Peremohy Square and Railway Station Square (Pryvokzalna). In 1972, after the city was divided into administrative districts, the border between the Zamostianskyi and Staromiskyi districts was drawn up along the boulevard. In the early 1980s, to widen the roadway of the avenue, the boulevard was demolished, the tramway was dismantled, and a new tramway to the Railway Station was laid from Akademika Yanhelia Street along Batozka Street up to Vokzalna Square.

Kotsiubynskoho Avenue has been in need of renovation for the last decade. The context of the urban environment here is rather unique – the territory is affected by several city markets and a large number of small shops. The degree of street space comfort is low, giving a feeling of chaos and visual pollution. The public transport stops are not comfortable, parking is chaotic, and the trees along the street are gradually dying out. 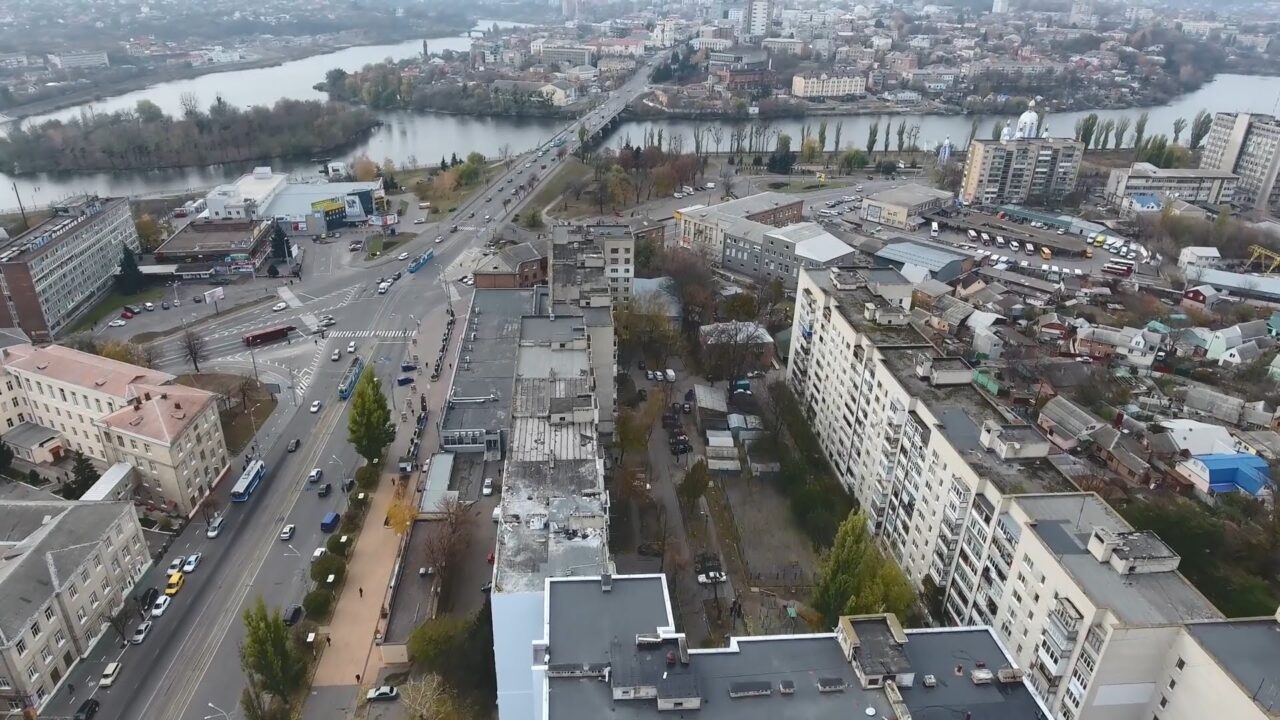 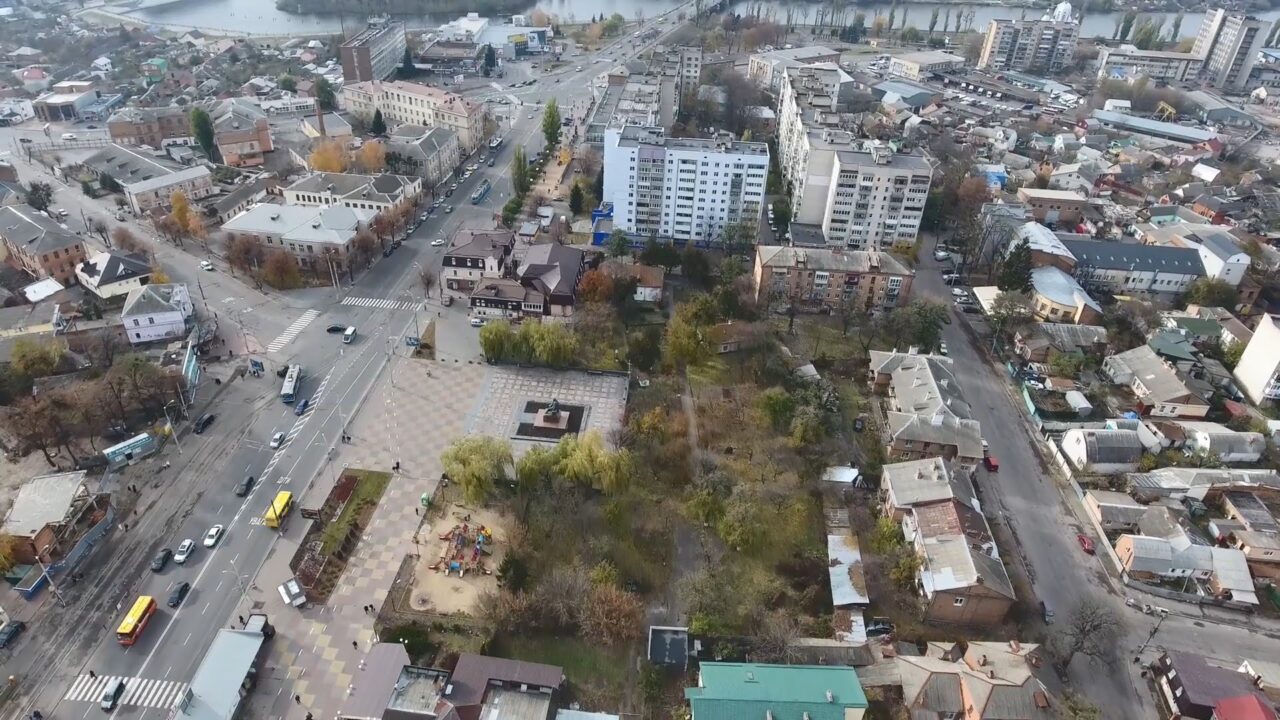 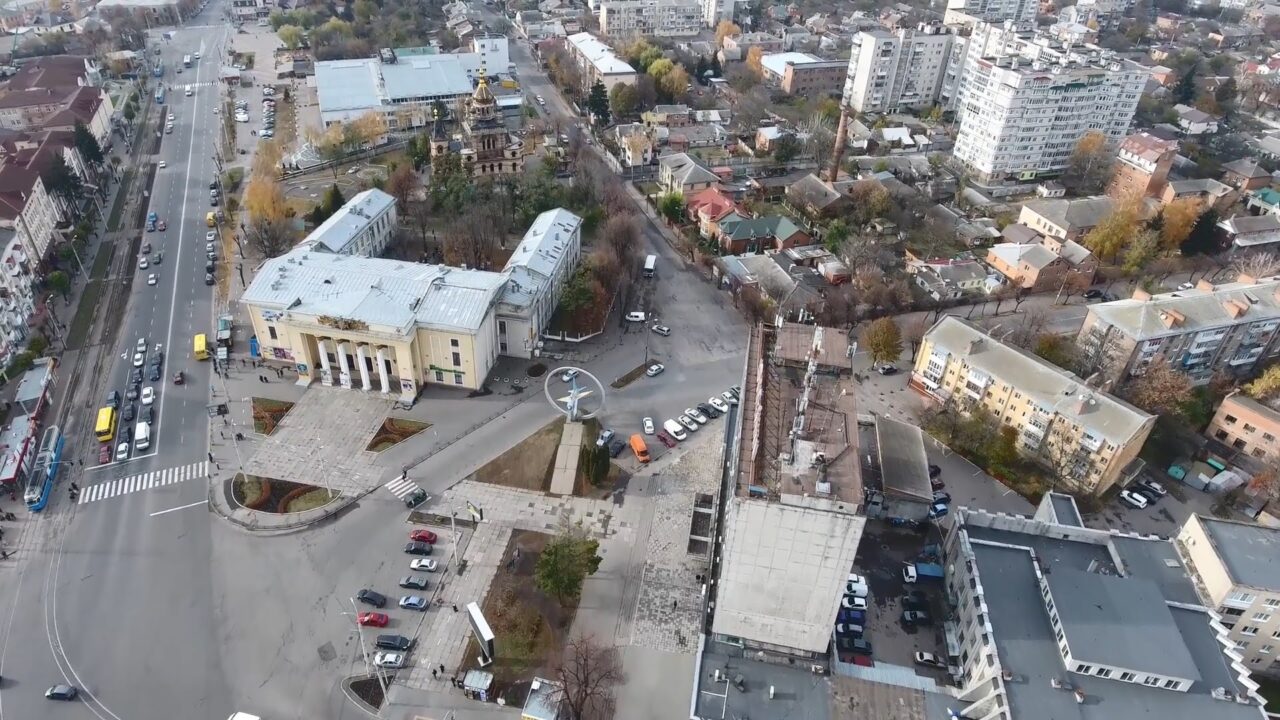 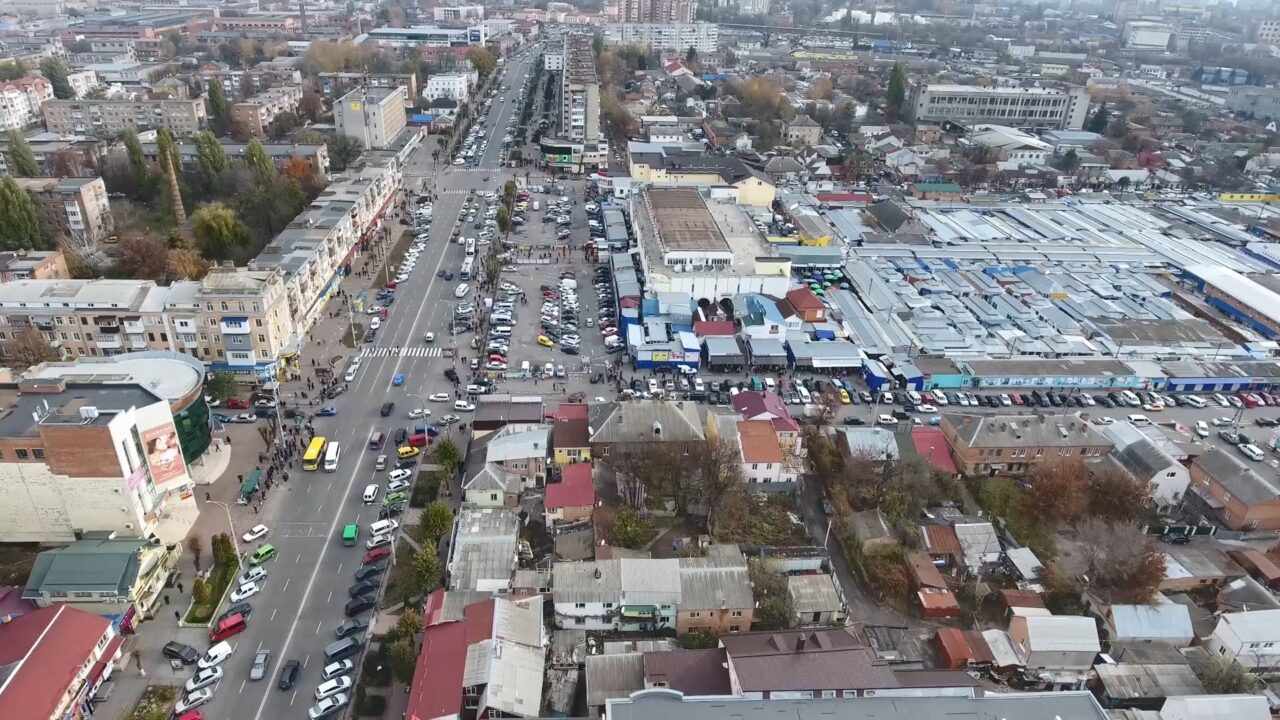 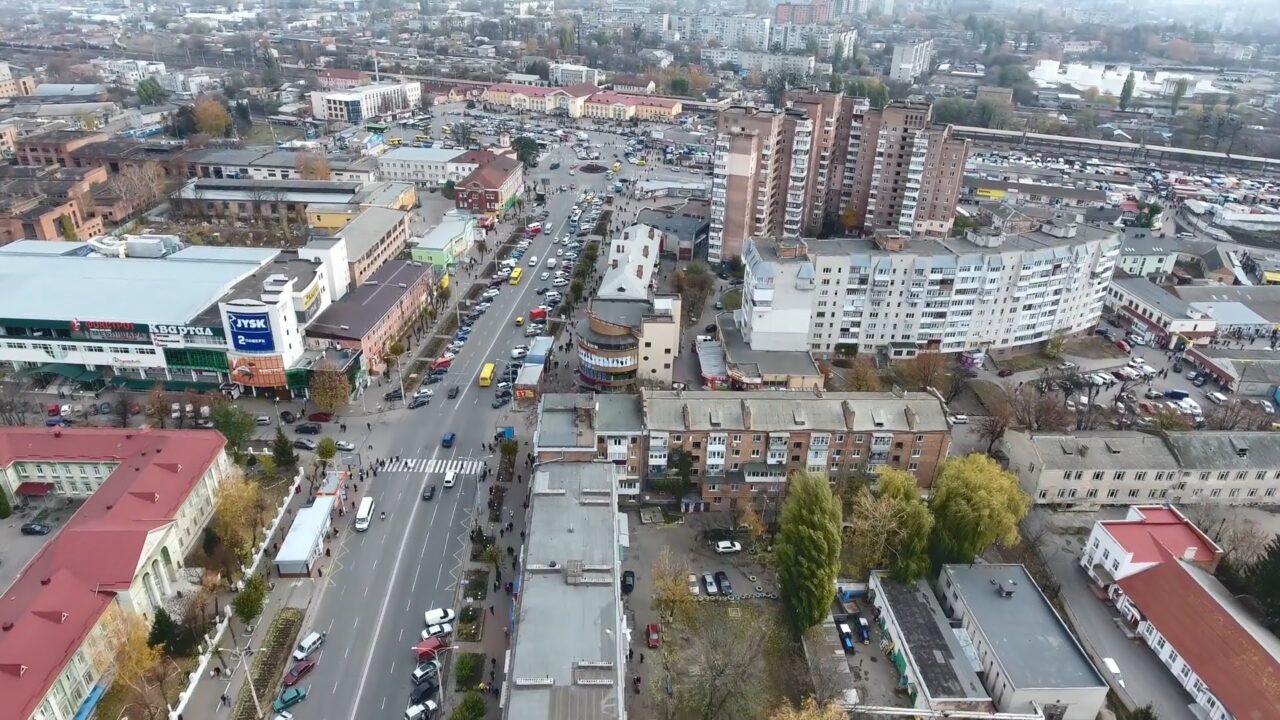 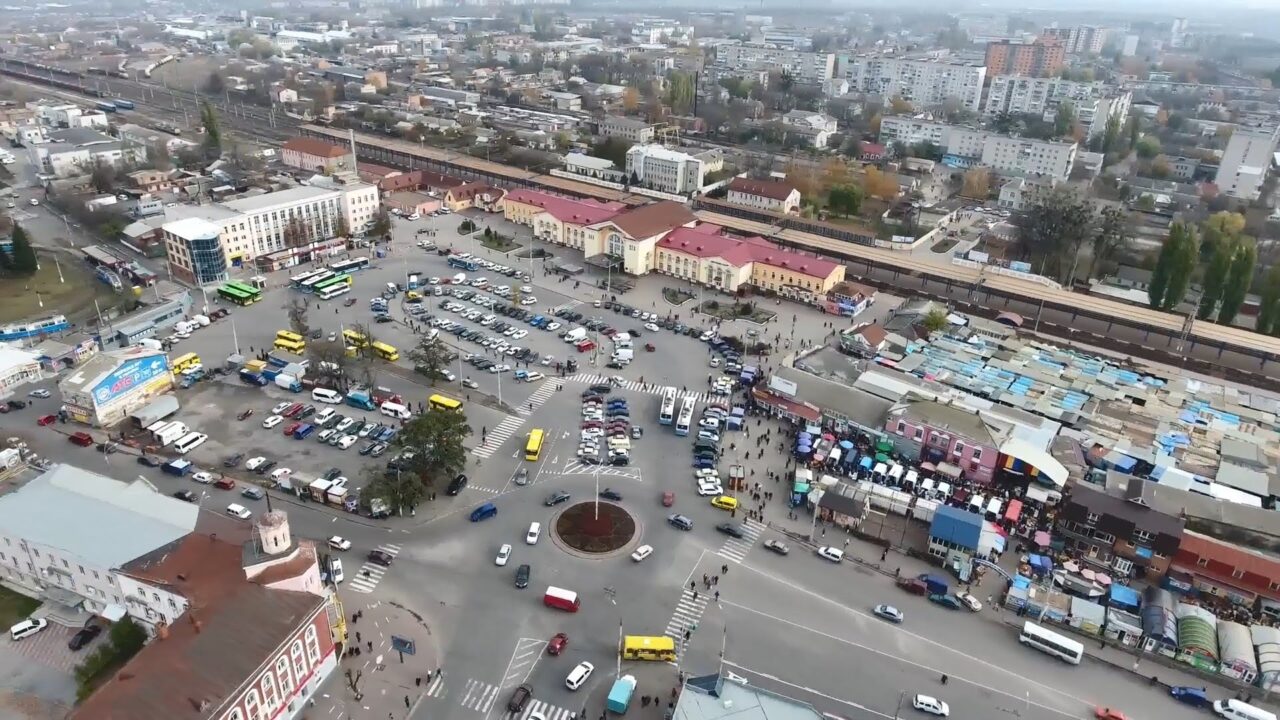 From February 13 to April 24, 2018, the city held the Ideas Study Workshop Reconstruction of Kotsiubynskoho Avenue: Comprehensive Vision. Four teams of urbanists were selected from 16 applications received by the hosts: teams from Ivano-Frankivsk, Lviv and Kyiv, as well as a team of young professionals from Vinnytsia. They worked for three months to produce ideas for the development of Kotsiubynskoho Avenue. The representatives of the Vinnytsia Municipal Council, real estate owners, residents and foreign consultants also took part in the Workshop. The Ideas Generation Workshop and the VinMile Project are coordinated by Urs Thomann, expert in spatial planning from Switzerland, co-founder of CANactions School. 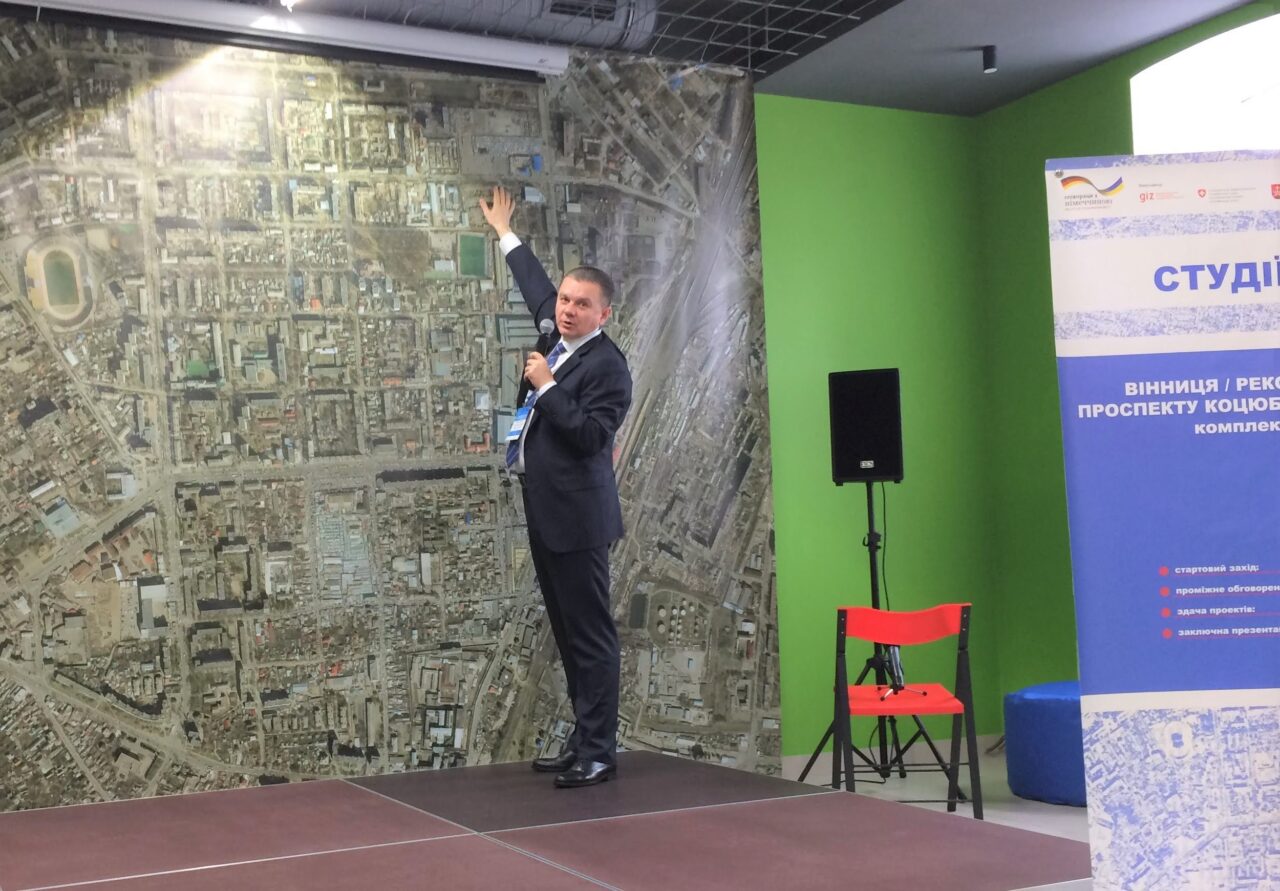 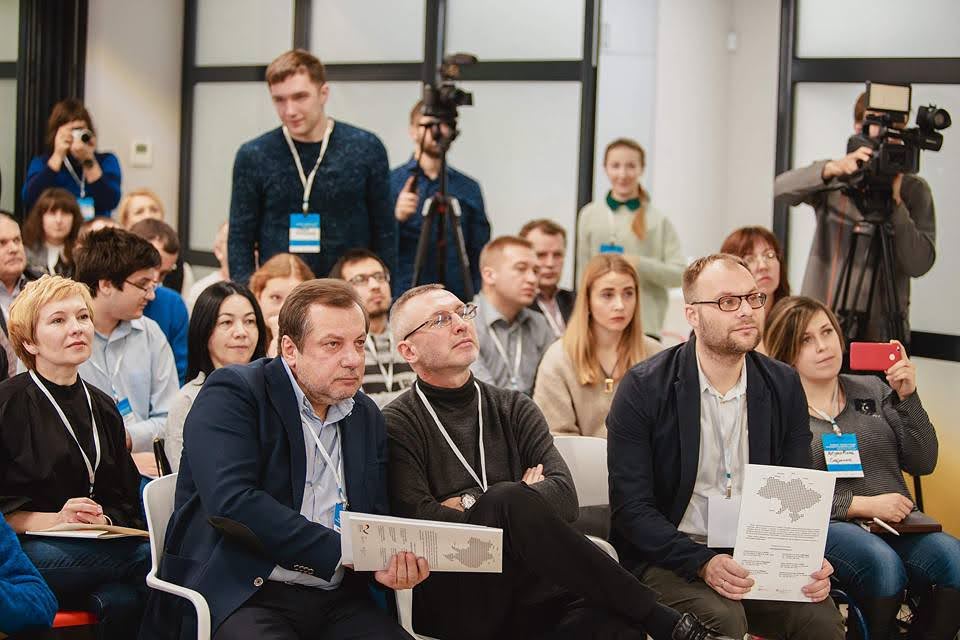 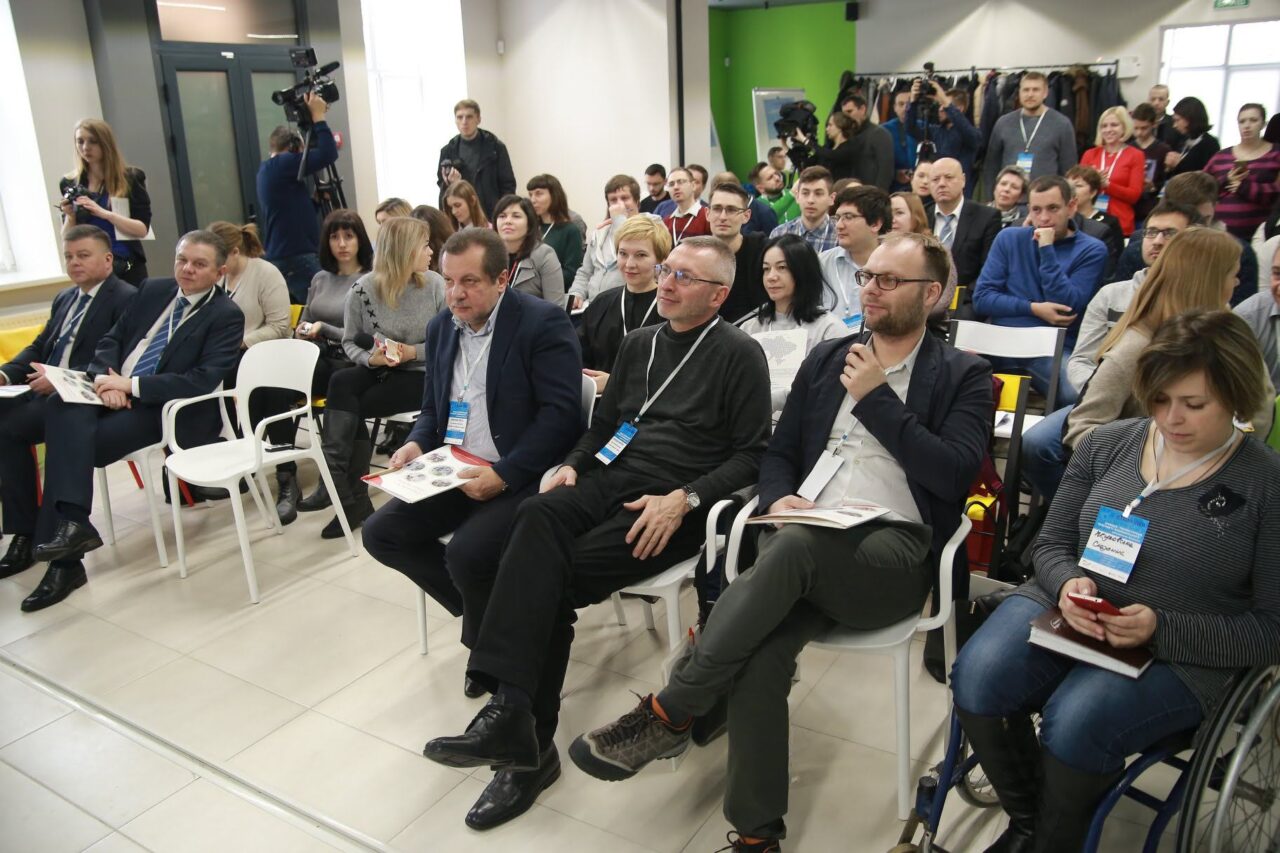 The Workshop yielded participating teams’ draft concepts and evaluations, and conclusions from the Expert Commission.

The Lviv Team presented the Intuitive Street concept, which provides for the creation of an easy-to-understand space where one can easily know one’s way around and use public transport.

The Kyiv Team offers the concept Dii, Zamostia!, which positions the microdistrict as the heart of events, successful business, and comfortable life and is based on the development of subcenters.

The Ivano-Frankivsk Team positions Kotsiubynskoho Avenue as the “backbone” of Zamostia, around which commercial and social activities should develop.

The Vinnytsia Team’s concept The Green Mile provides for the creation of a strong “live” green line. All teams consider it appropriate to extend the tram line along the Avenue from Peremohy Square to the railway station.

VinMile – Dialogue with the Community

Within the framework of the Ideas Study workshop, the Vinnytsia Mile Thematic Week was held, during which the workshop participants had a chance to communicate with various stakeholders, whose opinion was necessary for the development of final projects. Due to this important engagement process, the awareness and interest of city residents in urban development issues have increased. 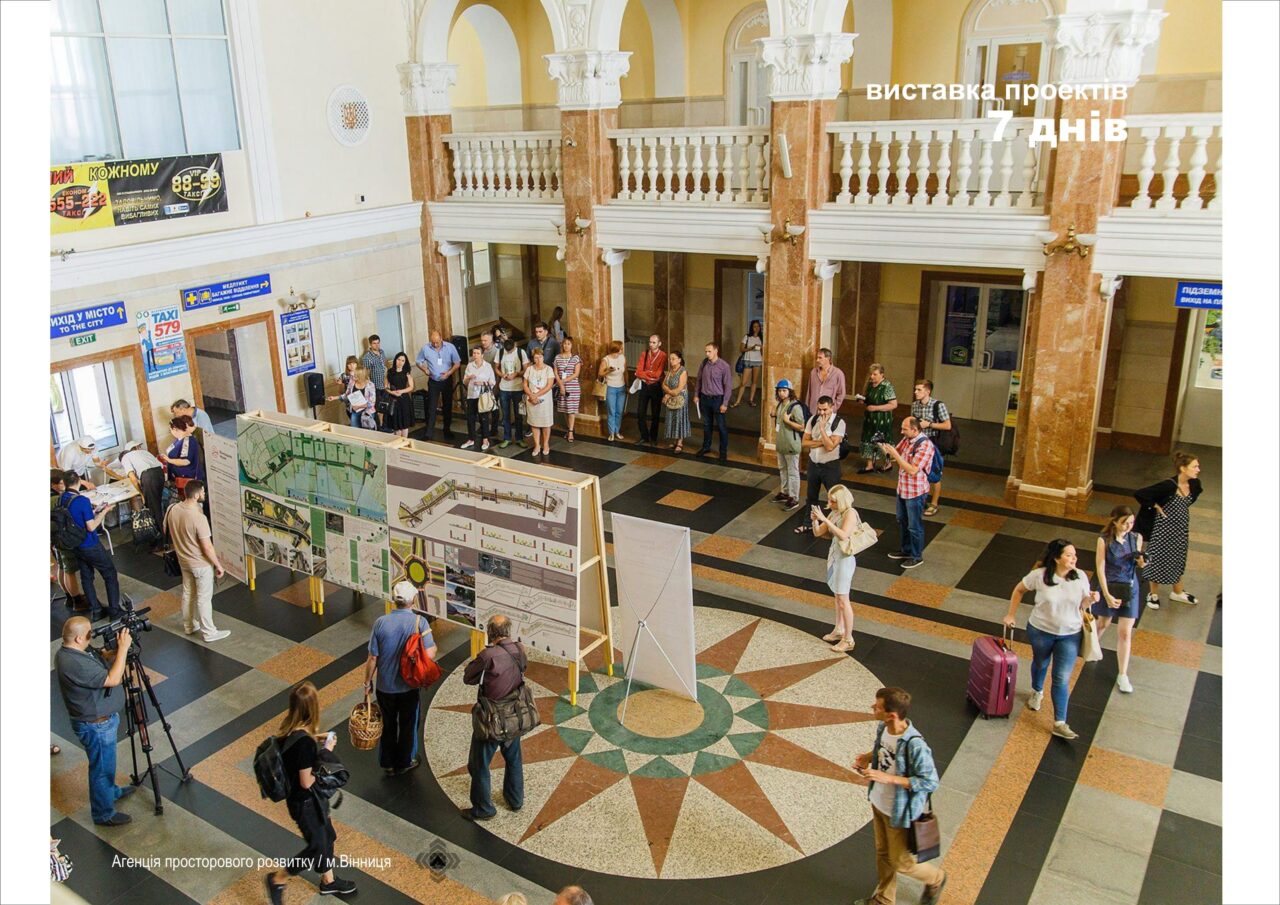 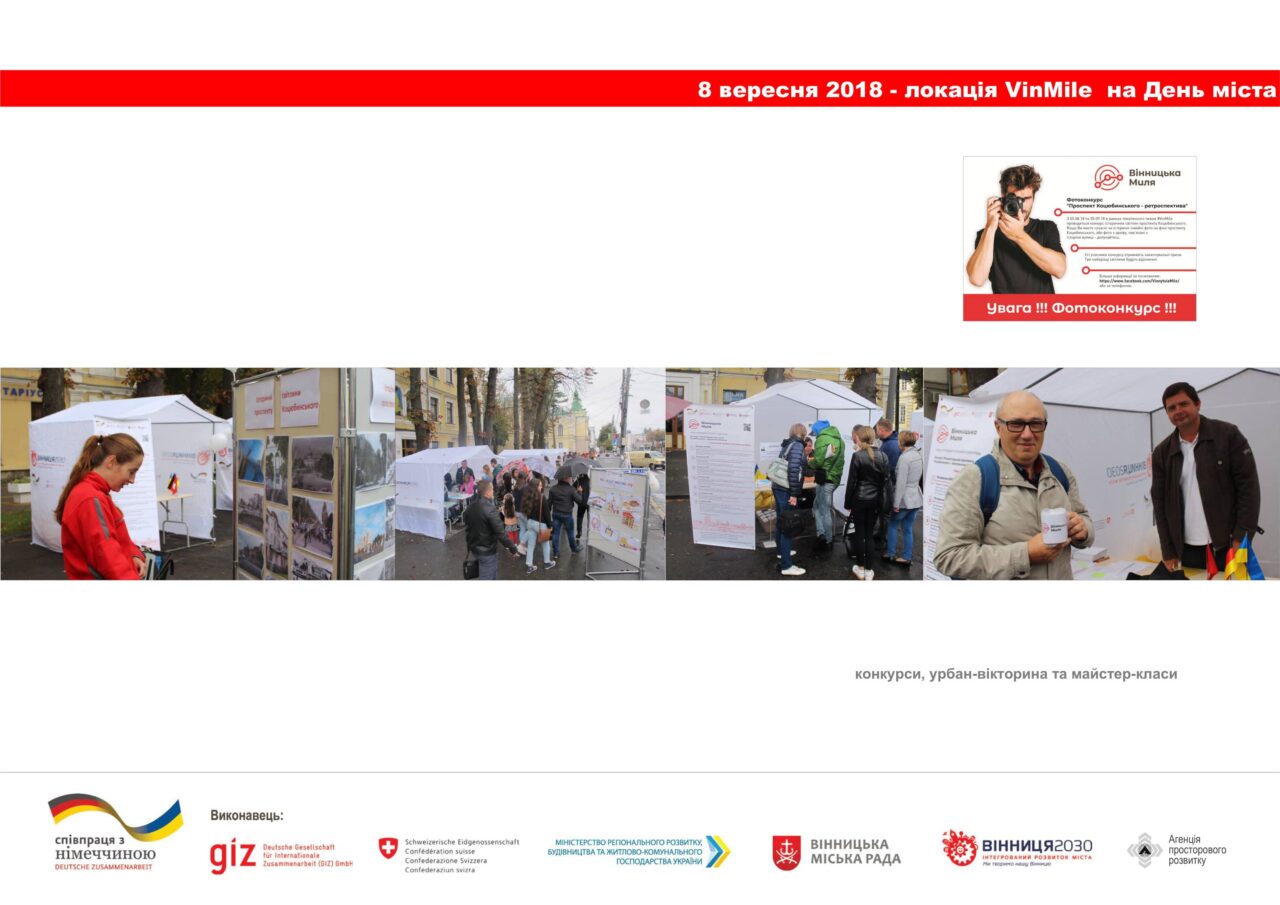 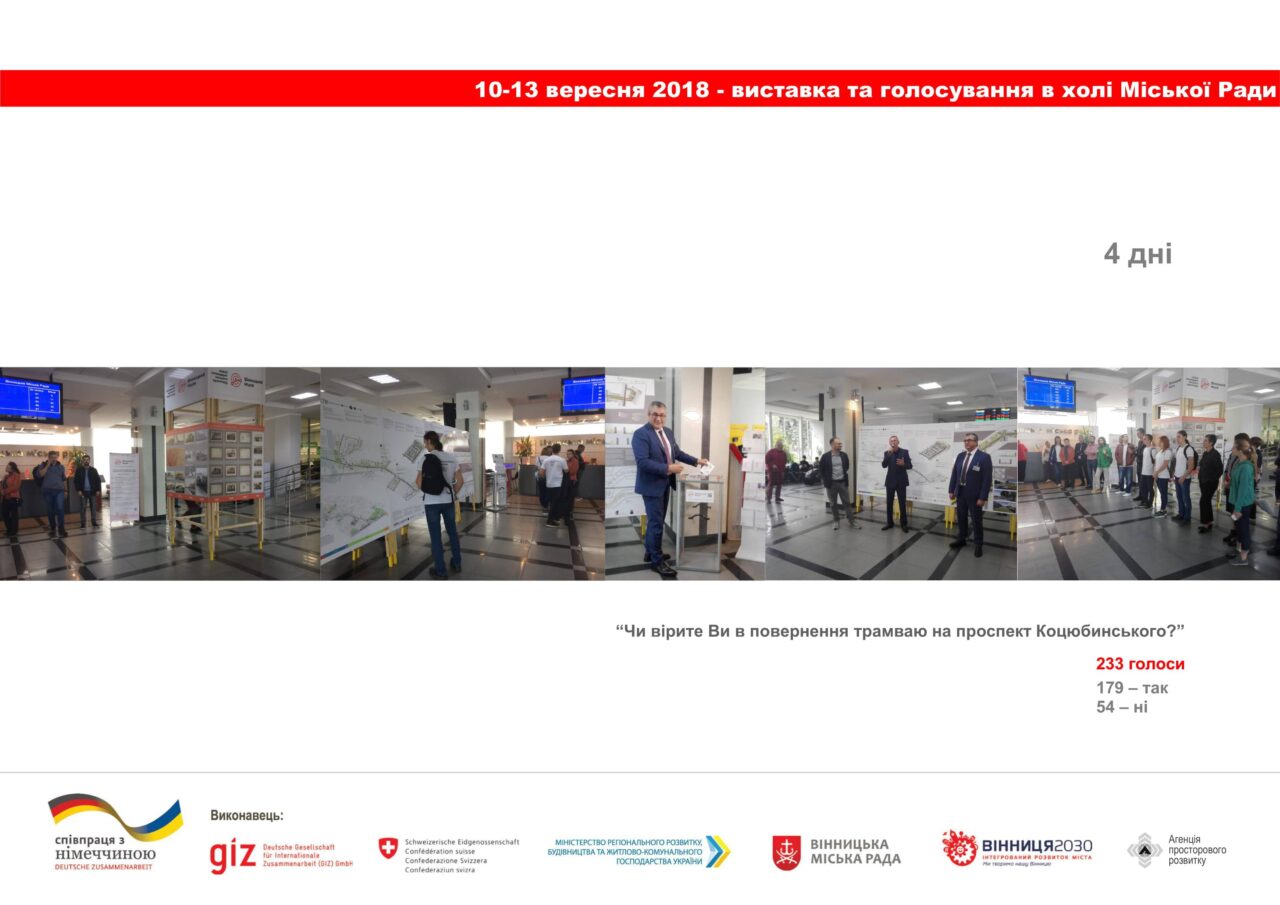 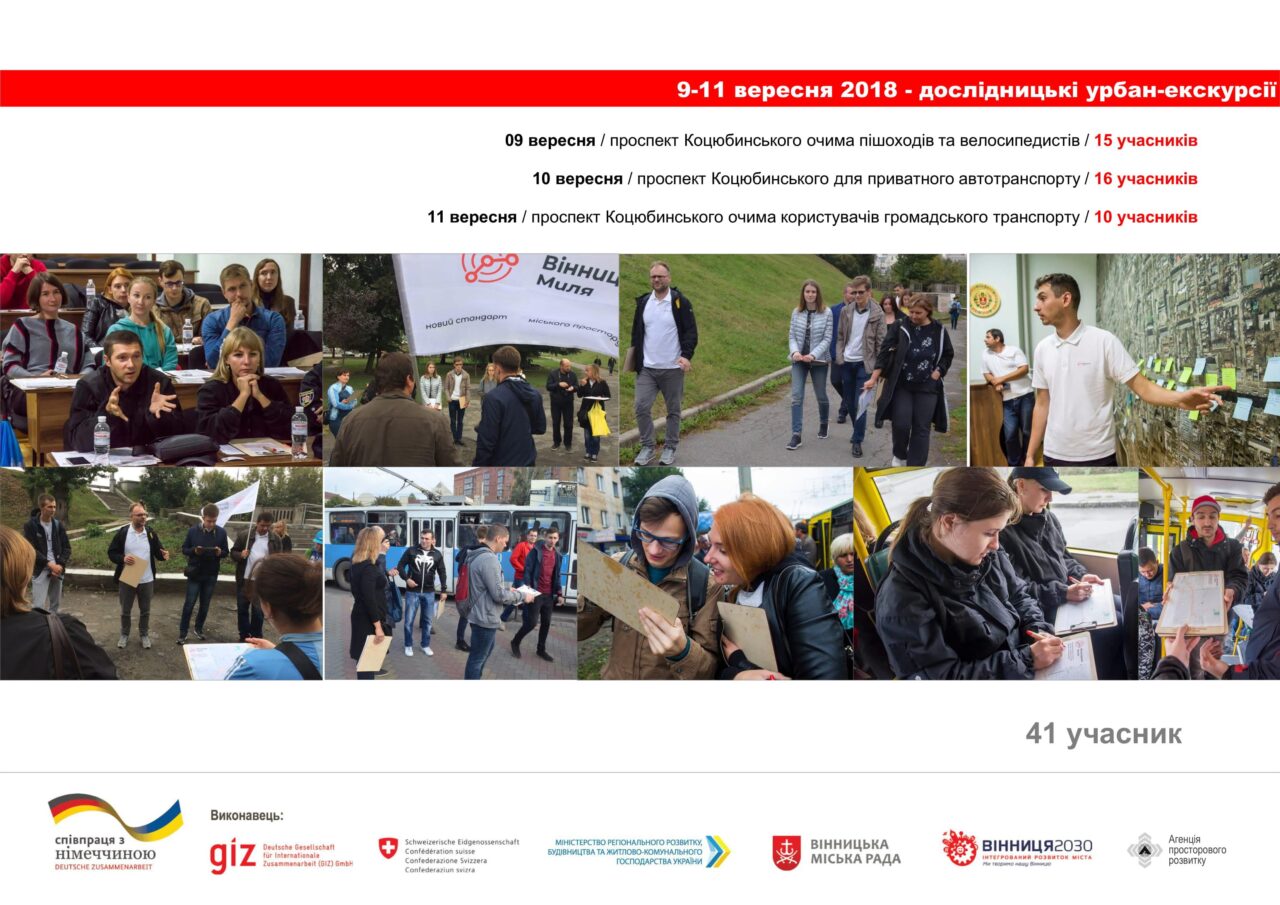 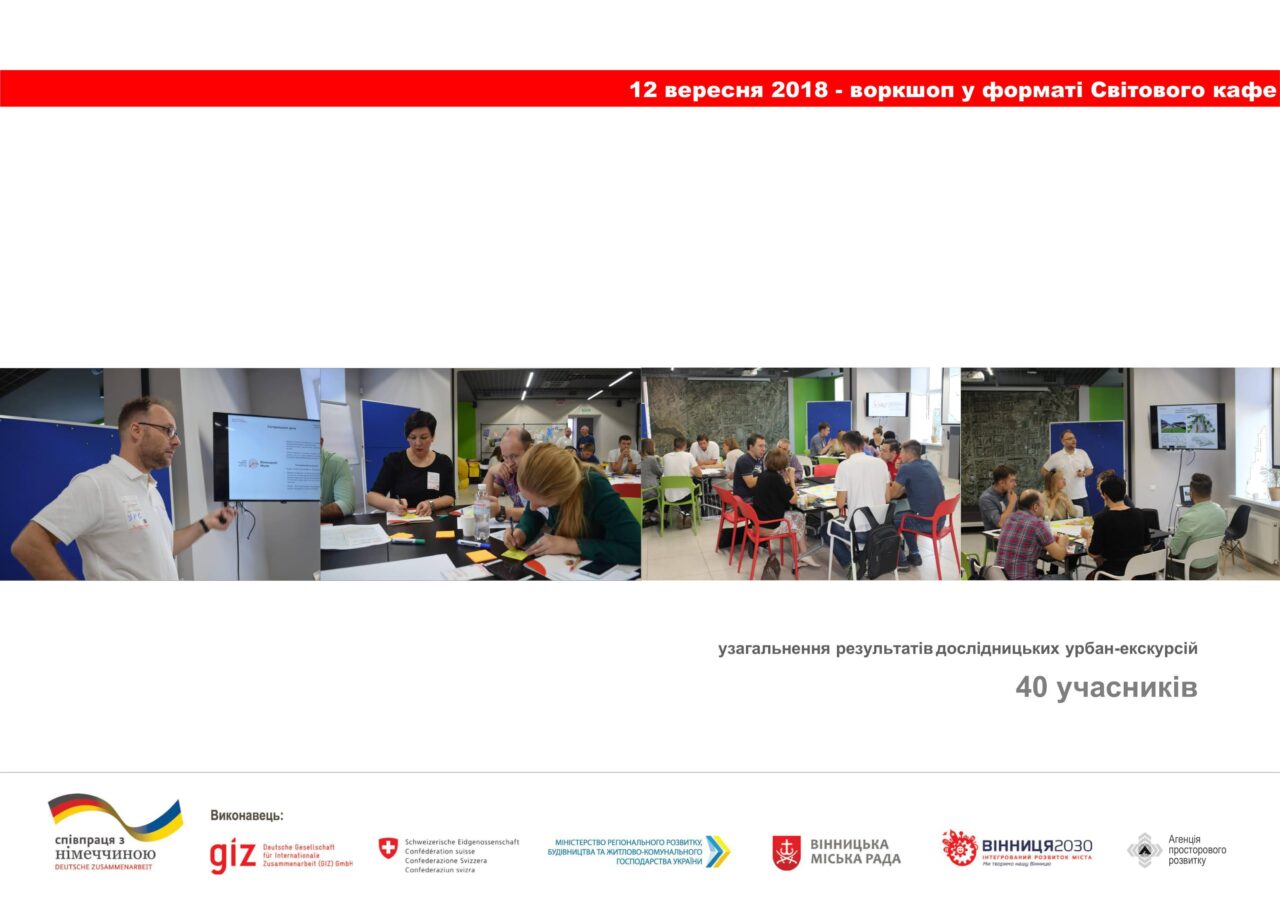 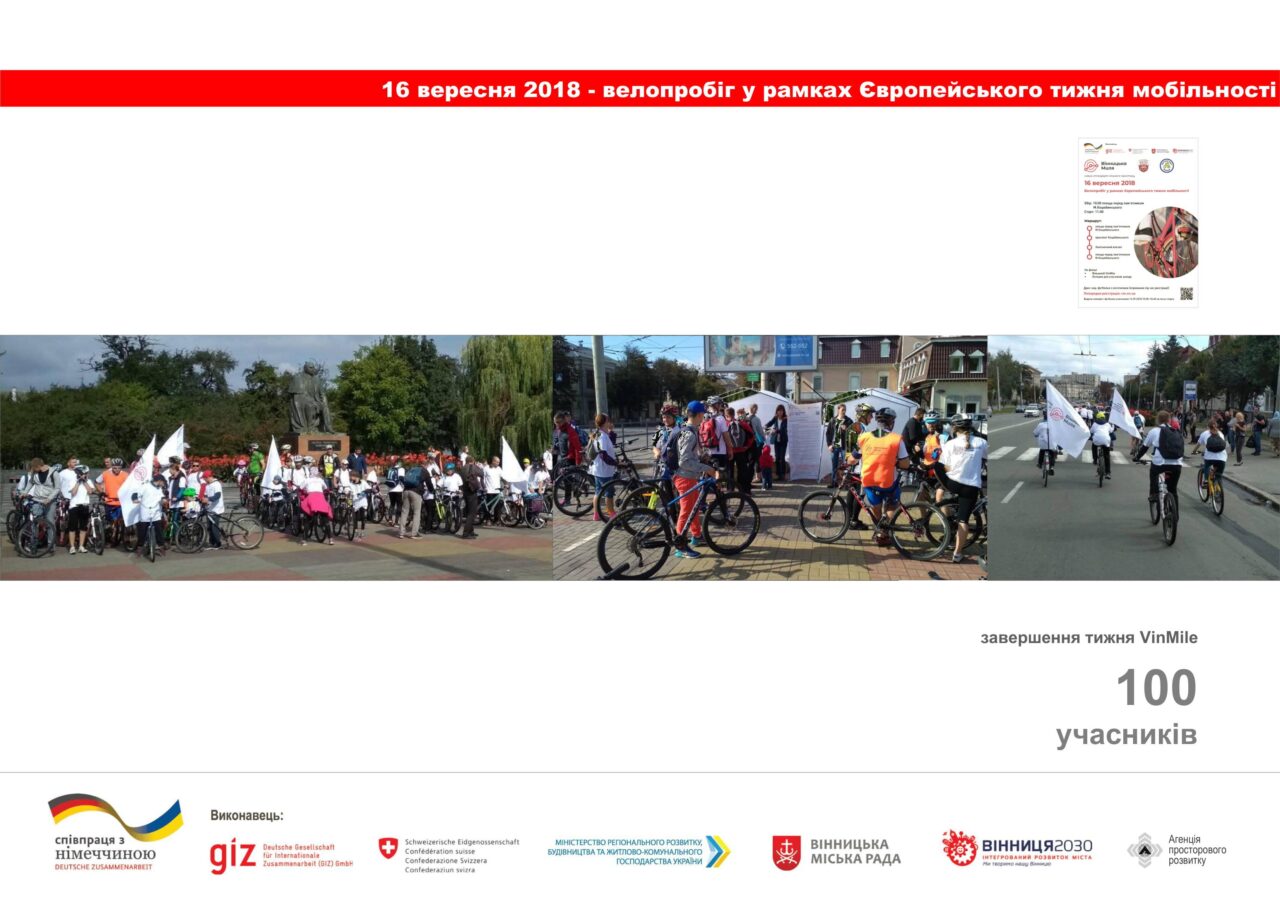 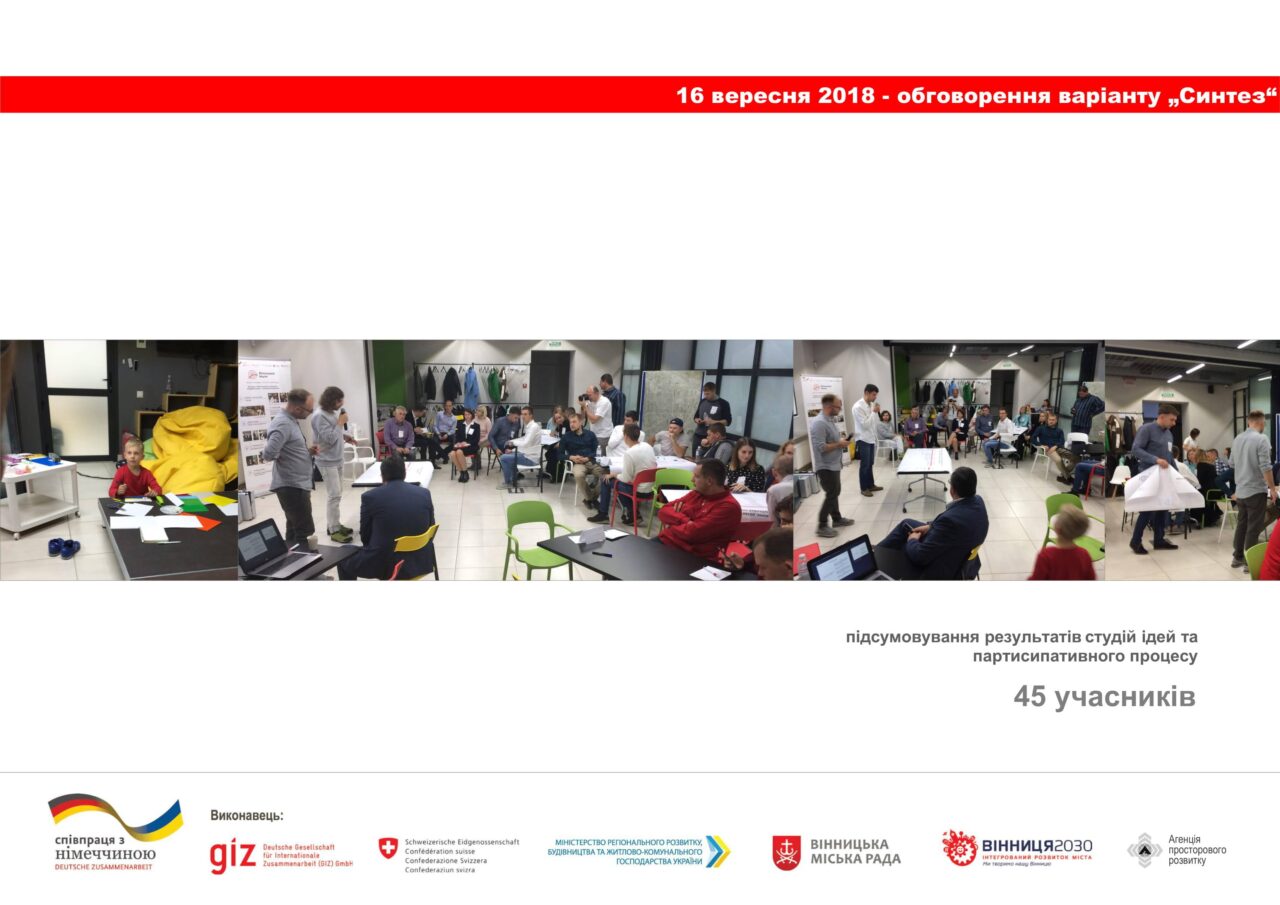 The outreach campaign of the project VinMile – Reconstruction of Kotsiubynskoho Avenue – Dialogue with the Community ran from July to December 2018 / for 6 months.

Urban excursions were the best activity of the thematic week. Tours were given to pedestrians, public transport users, and cyclists. This made it possible to quickly study people’s opinions, learn about their ideas concerning Kotsiubynskoho Avenue, and identify local issues.

The process of seeking opinions of various population groups and leading experts in respect of urban development issues produced high-quality results, which formed the foundation for further work on the project.

Quote: “VinMile is one of the most important and ambitious infrastructure projects in Vinnytsia. Due to its significance, central location, various types of public use and the diversity of population groups involved in the project, it is also an extremely important political project. Therefore, the professional vision of engineers and decision-makers is not enough to carry out the project.
Thus, the thematic week turned out to be an important outreach instrument informing about the significance of the project and of the dialogue with stakeholders. The fact that the overwhelming majority of interested parties assessed the project as desirable and feasible sent out a clear signal to politicians and emphasized the importance of further planning. At the same time, it is important to understand that this was just the beginning and that further stages of in-depth dialogue are to follow,” Urs Thomann, expert in spatial urban planning, co-founder of CANactions School, Switzerland.

According to the results of the assessment of the feasibility of building a new tramline in Kotsiubynskoho Avenue, carried out by VCDB experts (Dresden), the project is feasible at the macroeconomic level, and the design offered by the Ivano-Frankivsk Team includes the most appropriate solutions.

The existing transportation system needs to be improved to meet the growing demand. Kotsiubynskoho Avenue is one of the busiest streets in the city in terms of public and private transport. The trams that Vinnytsia will receive from the city of Zurich can be used instead of trolleybuses on the popular route No. 5 Vyshenka – Railway Station. And the trolleybuses, instead, will be used to improve transportation services in other areas of the city where there are no tramways.

Railway Station Square (Pryvokzalna) is the “gateway to the city” and needs to be renovated. The creation of a transport hub will improve the quality of use of public transport for railway passengers and passengers of suburban buses and long-distance coaches, reduce the transfer time between different modes of transport, and increase the convenience of the square.

The reconstruction of Heroiv Chornobylia Square with the construction of new conveniently located tram and trolleybus stops will make it possible to serve a major attraction of citywide significance – the Southern Buh River embankment. It will also enable transfer between the main East-West and North-South transport axes.

Peremohy Square is the center of the Zamostia district. Although it is currently used exclusively for transit, it has a great potential to serve as the district’s civic center. In 2019, an architectural design contest was held to design the public space on Peremohy Square.

The reconstruction of Kotsiubynskoho Avenue is of great importance for improving the city’s transportation network as a whole and will have a positive impact on the image of the city, since one of the goals and the motto of the project is to set a new standard of urban space.

The next steps of the Infrastructure Project will take place within the framework of Stage 2 of the project Integrated Urban Development in Ukraine 2020 – 2023.

The development of a detailed design for the reconstruction of Railway Station Square (Pryvokzalna), the 6th section of Kotsiubynskoho Avenue, is scheduled for 2020.