Heroiv Chornobylia Square is the main entrance to the Zamostia district from the city center. The square is an extremely busy transport interchange for all types of traffic passing across and along the Southern Buh River.

The old 1926 map of the city shows that Heroiv Chornobylia Square (old name Zhovtneva Square) had a slightly different configuration and was formed by Proletarska (now Bratslavska), Rakovskoho (now Kotsiubynskoho Avenue) and Franz Mehring (now Kyivska) streets. The square was triangle shaped and was located where the College for Construction is now located. Back then, the bridge linked the historical center with the Zamostia district over the island of Kempa (the bridge supports have been preserved to this day), therefore the entrance to the Square was in a different location.

The German 1942 map shows that the Square had been developed and turned into an ordinary intersection.

After the Central Bridge was constructed in 1953, the intersection underwent a transformation and came to look more like it looks now. In 1971, the Southern Buh Hotel was commissioned next to the Central Bridge. Two pocket parks were laid out on both sides of the bridge, along the old embankment. In 2010, during the construction of the Roshen Embankment, a children’s playground was built in the pocket park near the hotel. 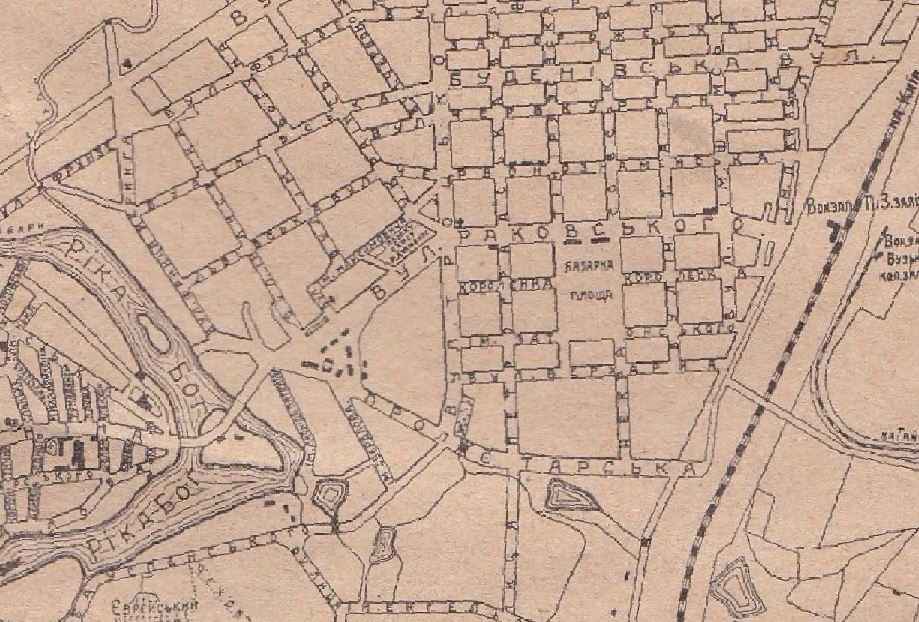 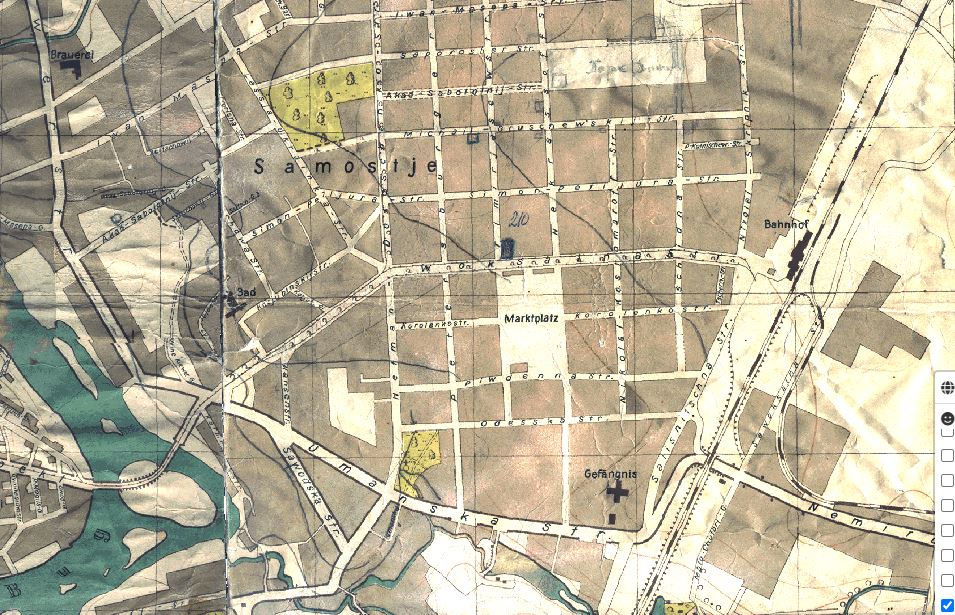 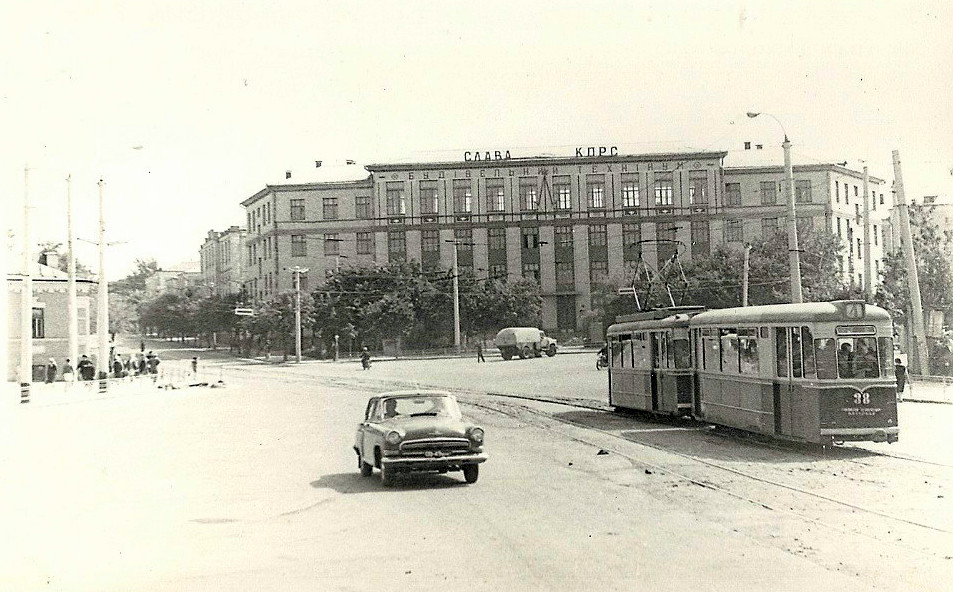 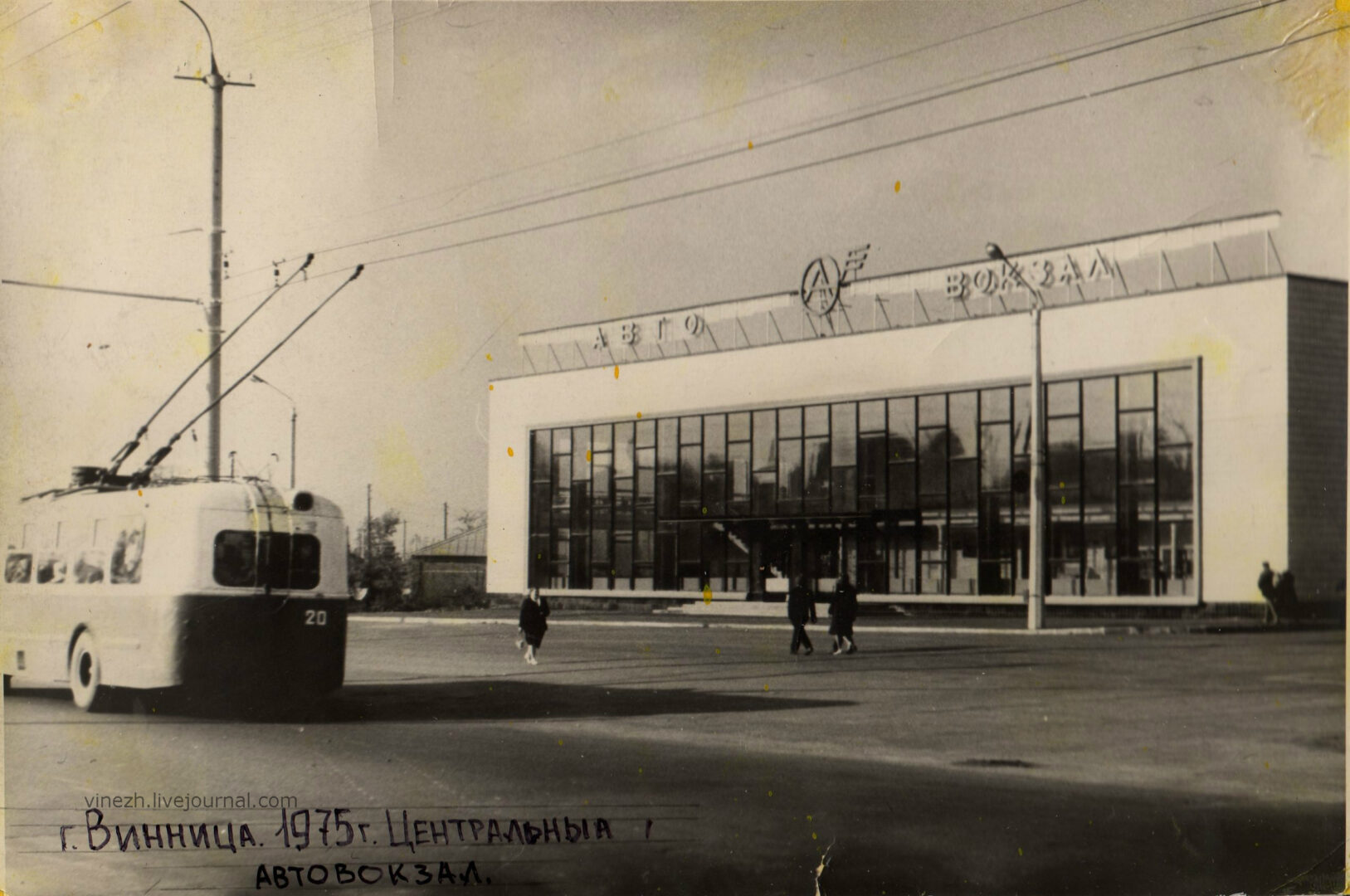 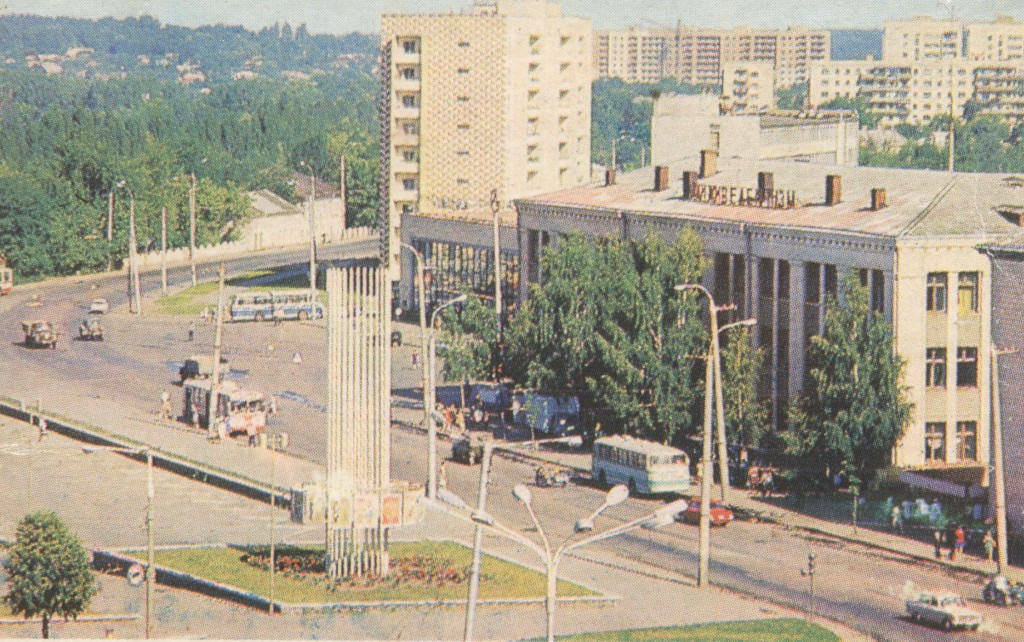 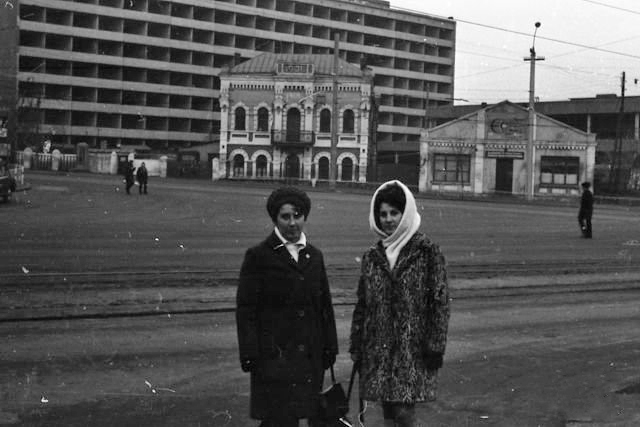 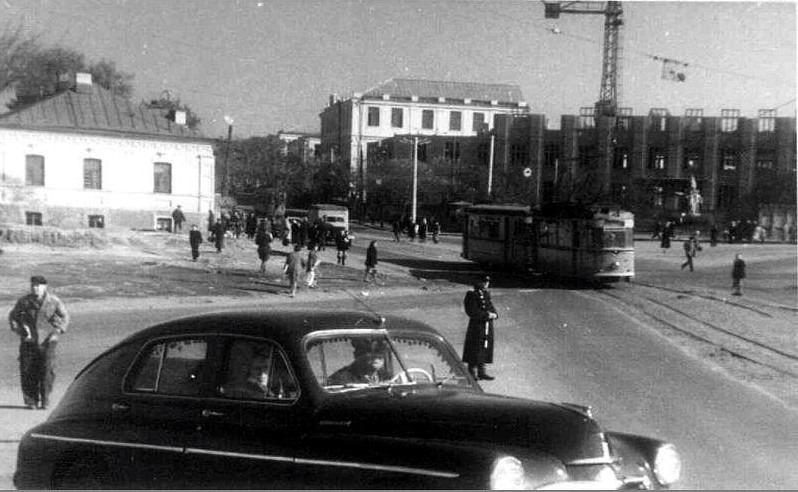 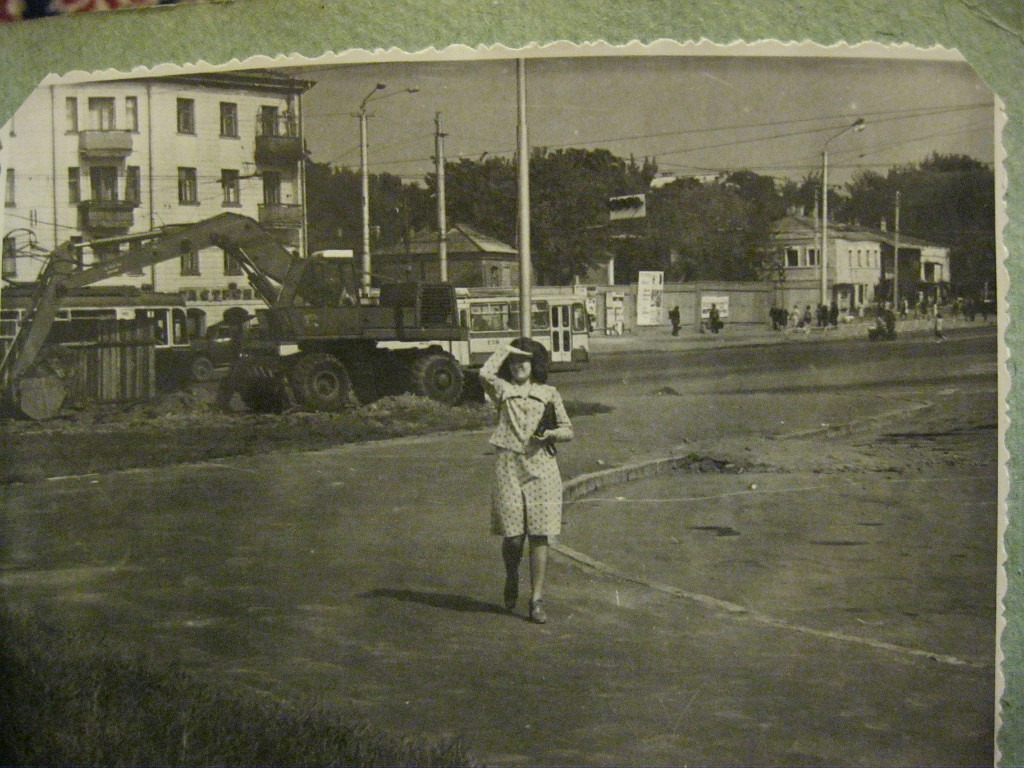 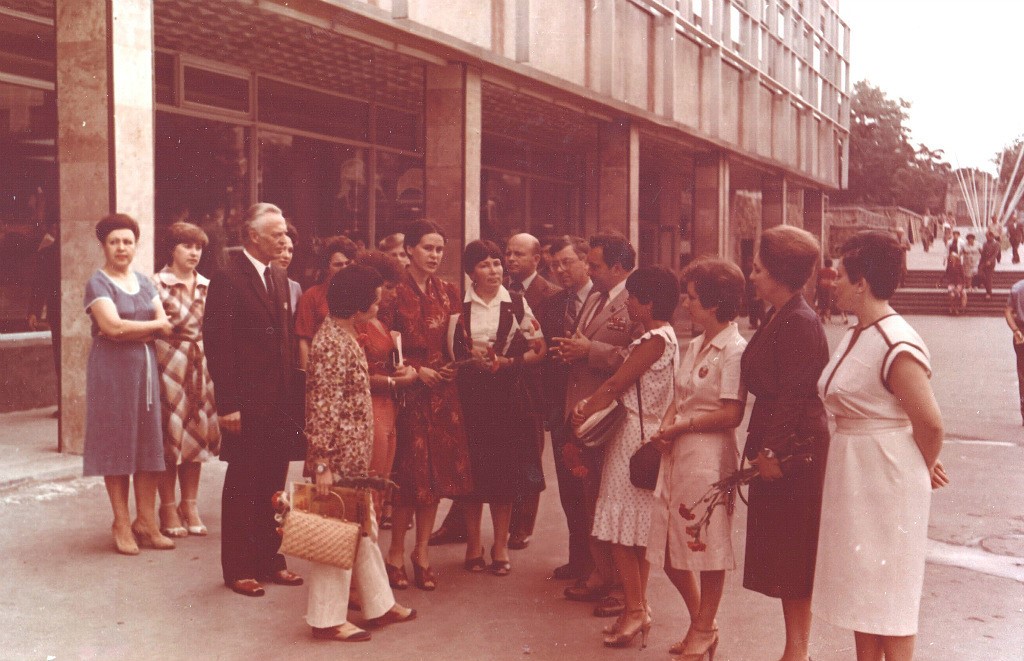 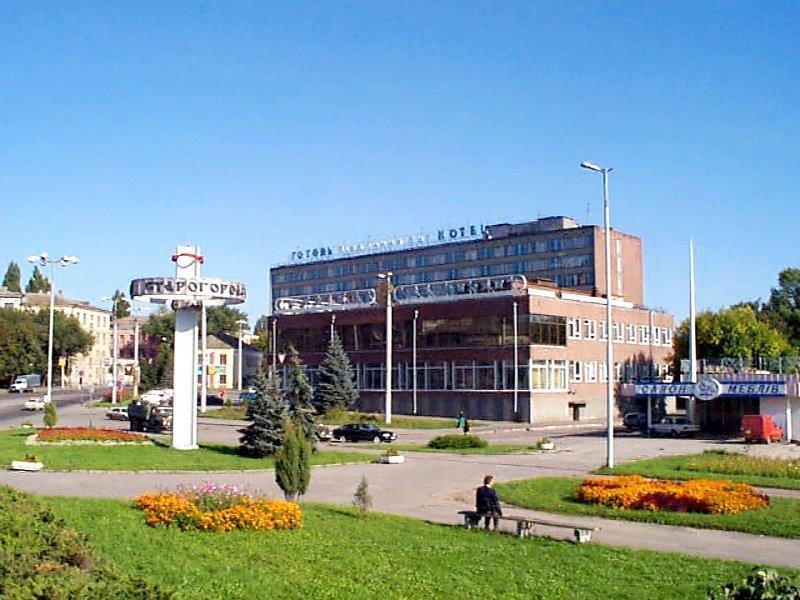 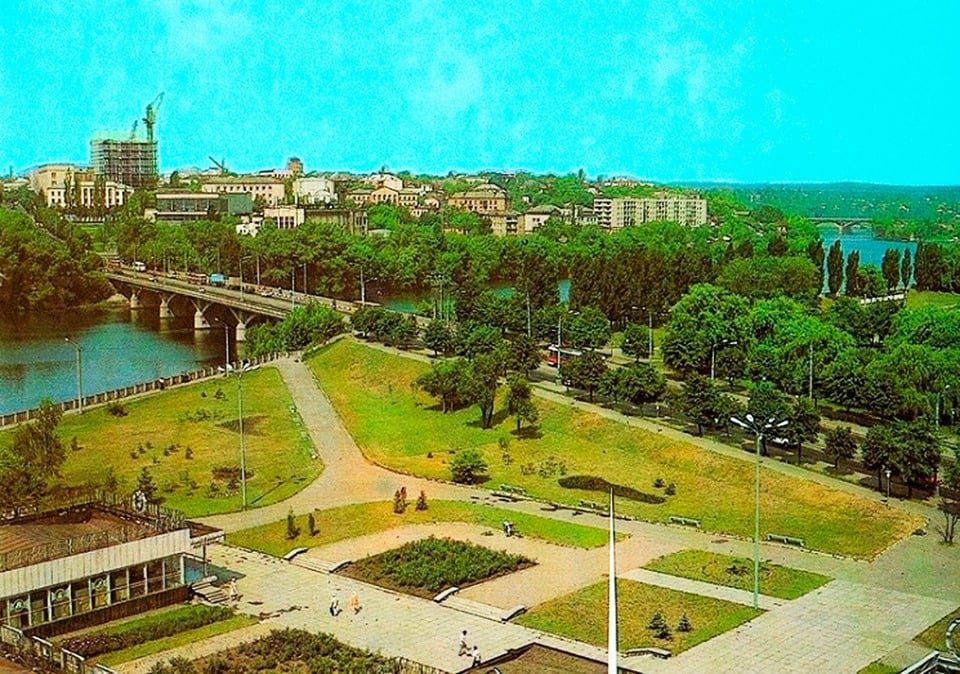 The Square is crossed by numerous long pedestrian crosswalks, over 25 m long, which makes crossing the intersection inconvenient and dangerous for pedestrians. There is no cycling infrastructure. The public transport (trams, trolleybuses, buses, and minibuses) traffic in the Square is very heavy, as it is a natural boundary between the west bank network (tramway) and the east bank network (trolleybus way). However, these networks are currently not interconnected.

The diagram of the Comprehensive Strategy for Urban Transport and Spatial Development illustrates the current state of the Square.

The Comprehensive Strategy for Urban Transport and Spatial Development proposes to create an attractive place for urban recreation, instead of a huge paved area uncomfortable for pedestrians. The defined concept also emphasises that the pocket parks located to both sides of the exit from the bridge can be turned into cozy green spaces that can be easily reached on foot.

Traffic reorganization diagrams in accordance with the Comprehensive Strategy for Urban Transport and Spatial Development. 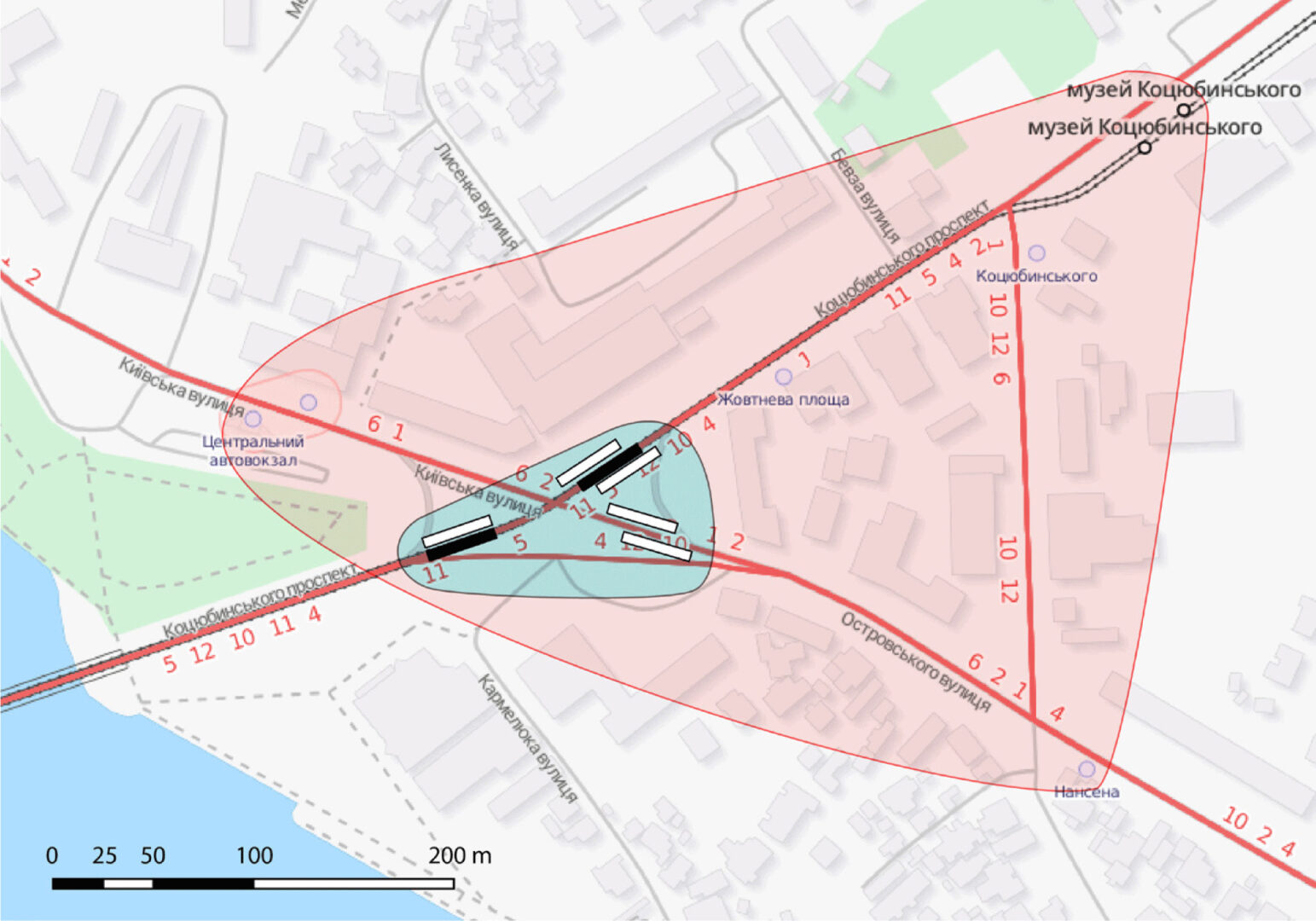 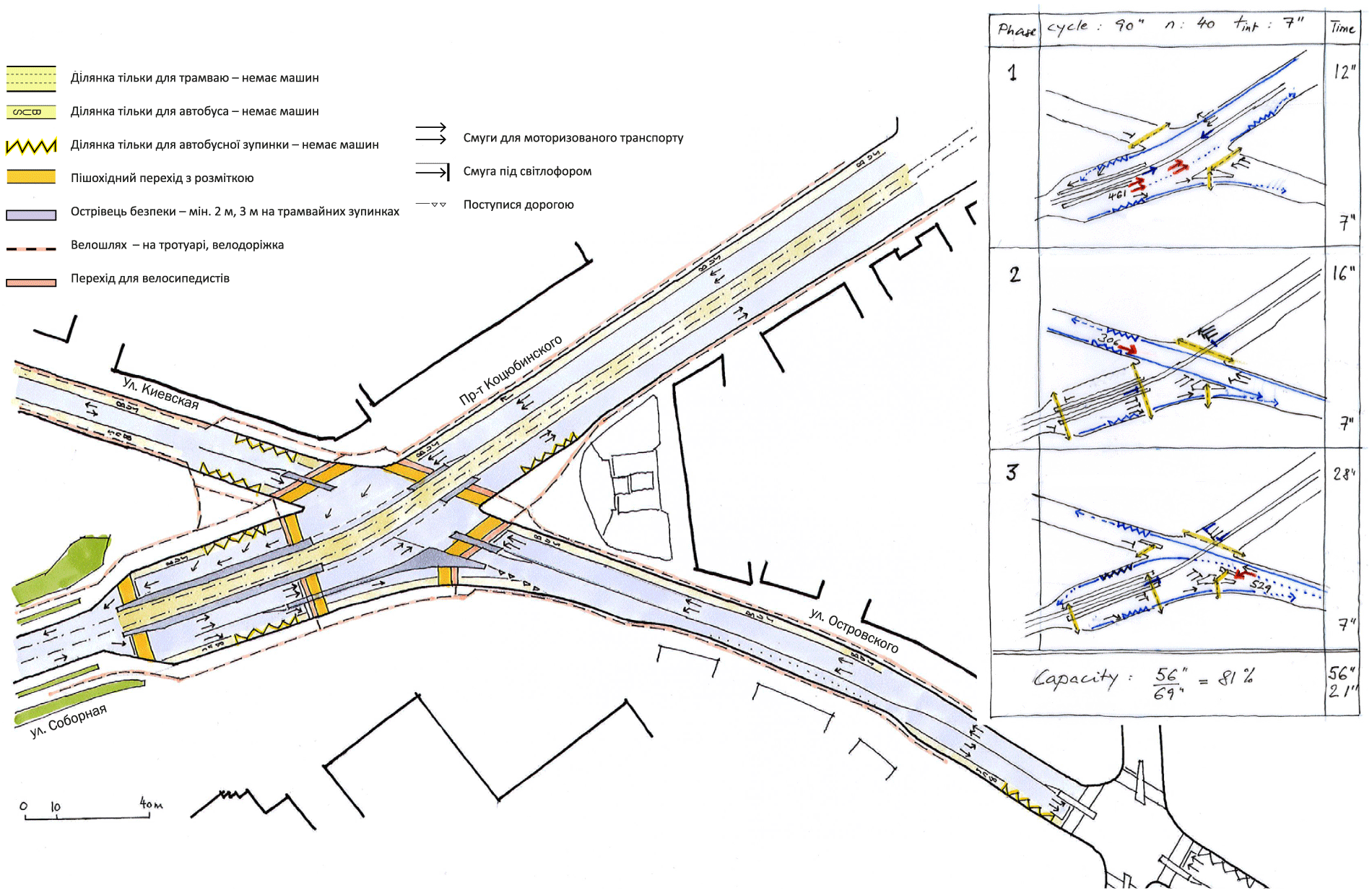 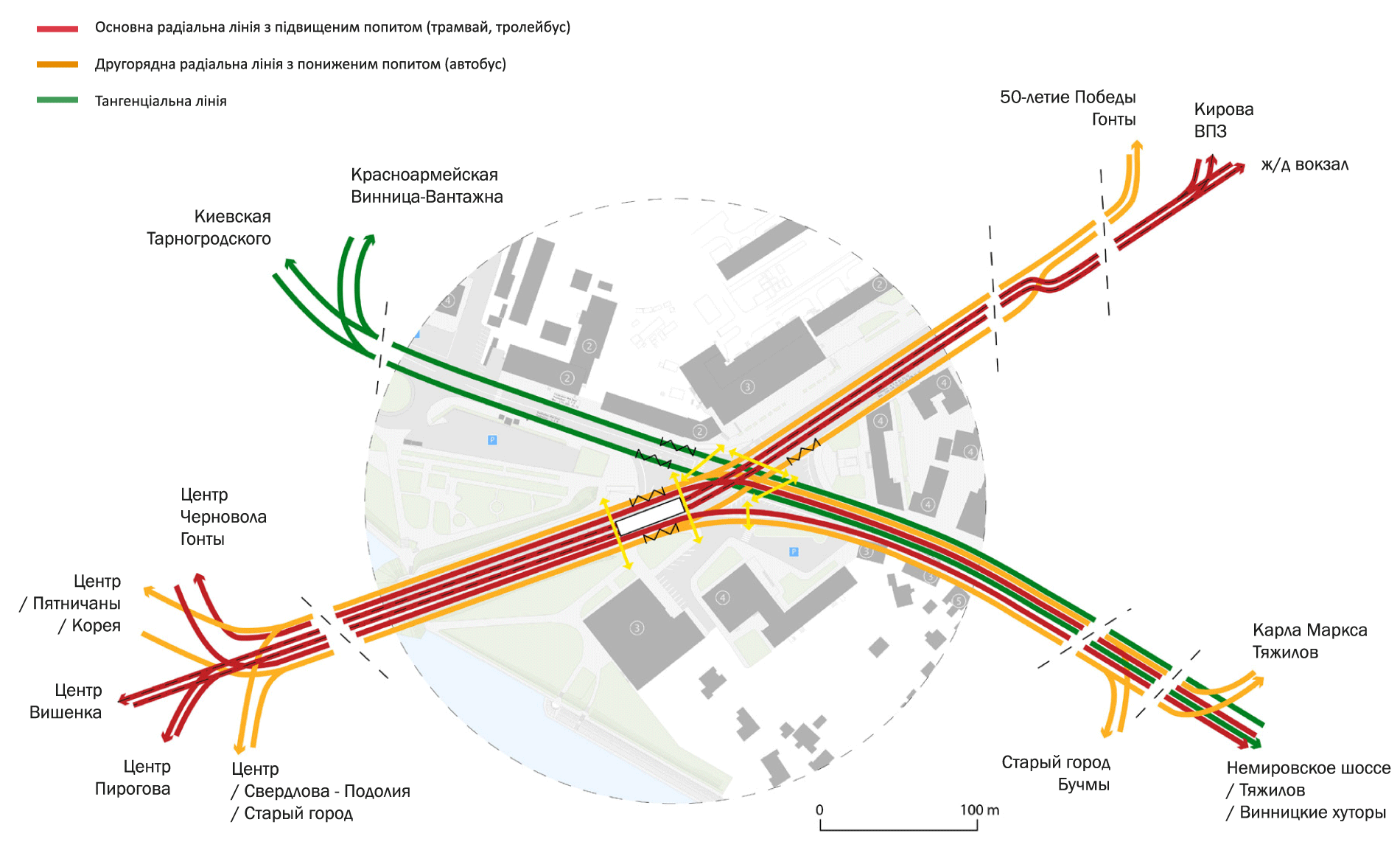 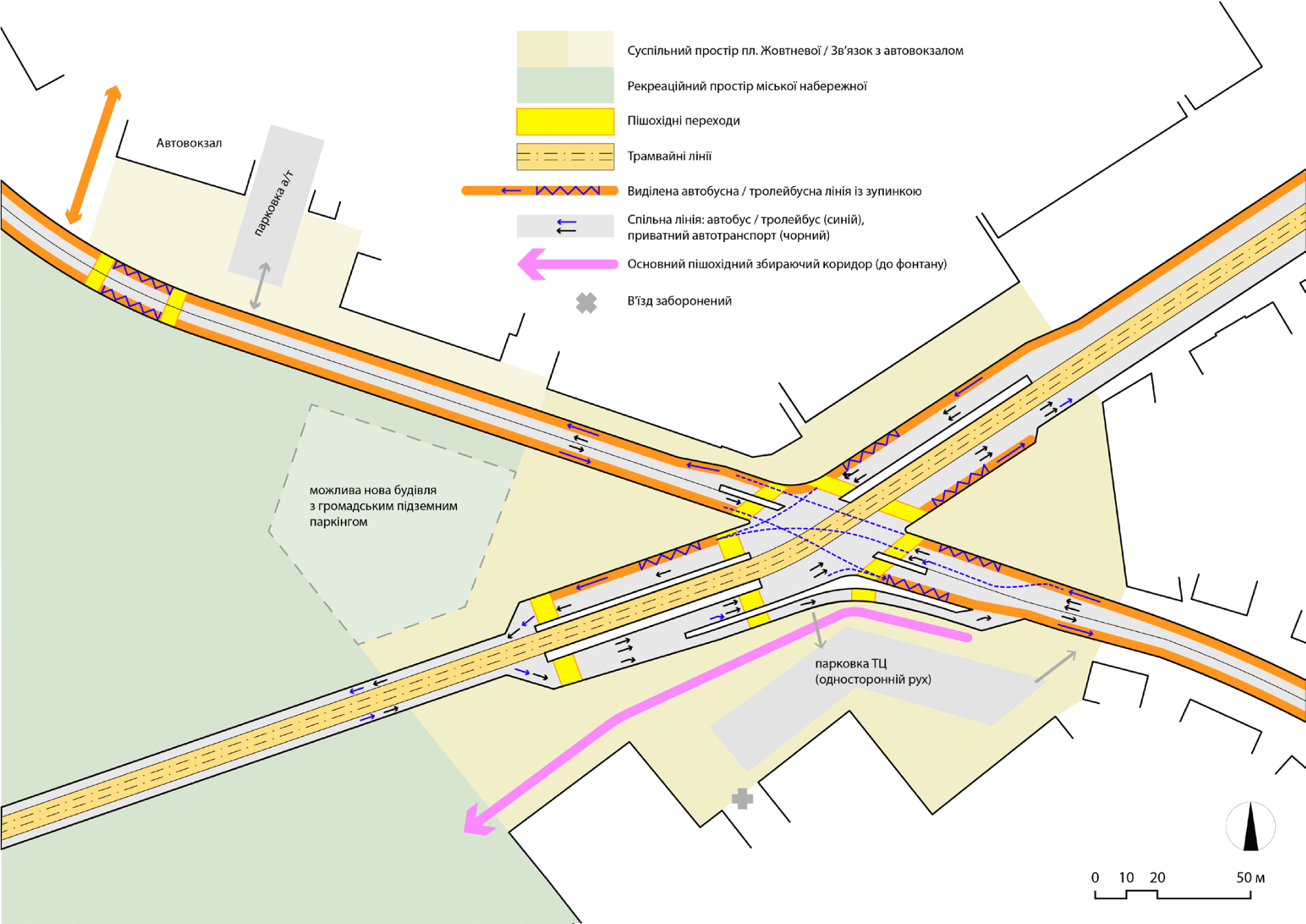 Within the framework of the urban planning contest Reconstruction of Kotsiubynskoho Avenue, which was held in the format of an Ideas Generation Workshop, the Ivano-Frankivsk team presented a preliminary design for the reconstruction of the Square. According to their proposal, bike paths and safety islands will be introduced to ensure comfortable road crossing. It is also proposed to place public transport stops in a more compact way and to construct a tram stop.

The offered space improvements will increase the space in front of the College for Construction, which will allow designing comfortable public spaces with high-quality landscaping.

The Kyiv team proposed a solution for constructing a tram stop and increasing the space density with public buildings.

The Lviv team proposed a solution to design a roundabout. With this solution, the space in the middle of the roundabout can be used as an additional public space. 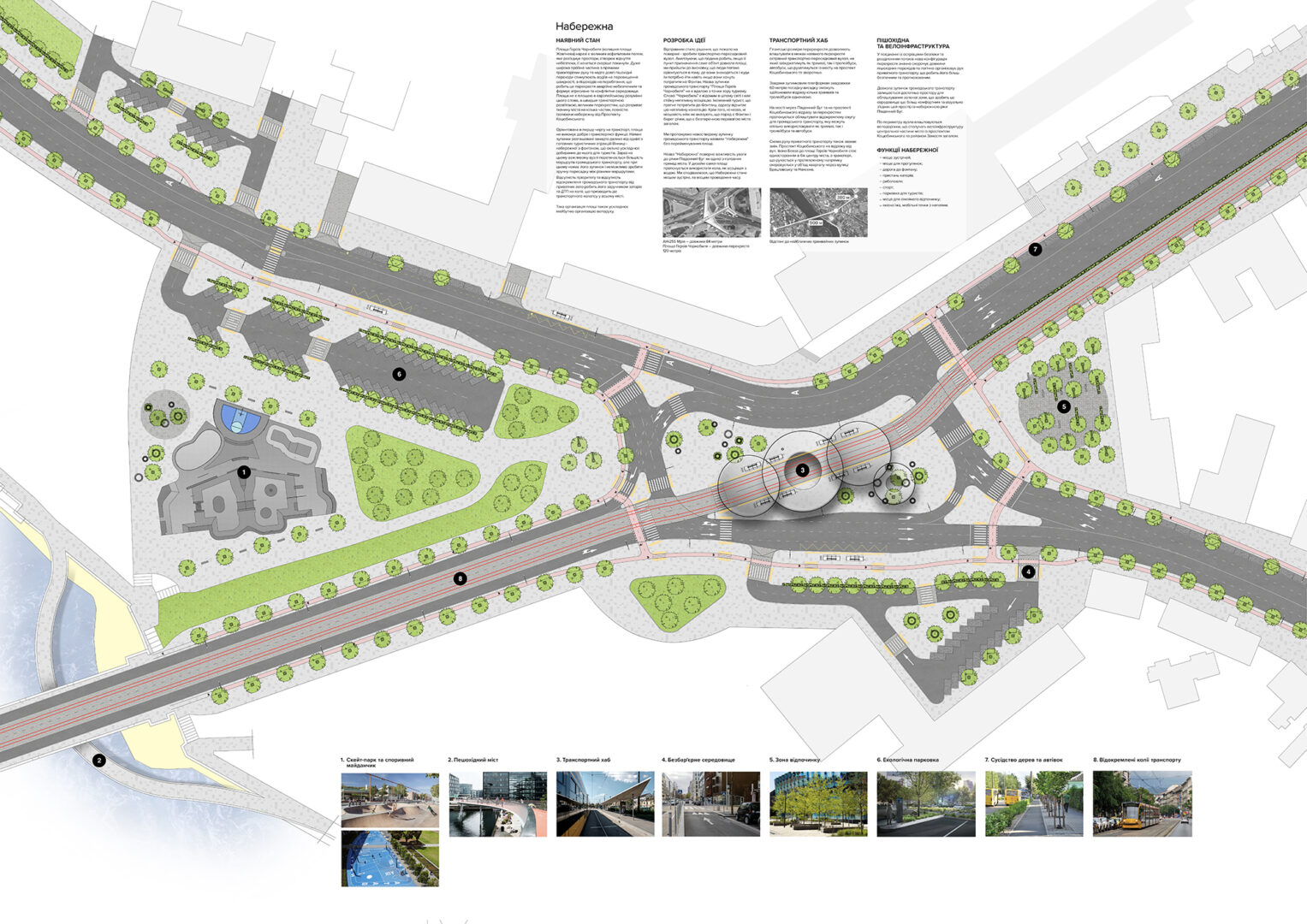 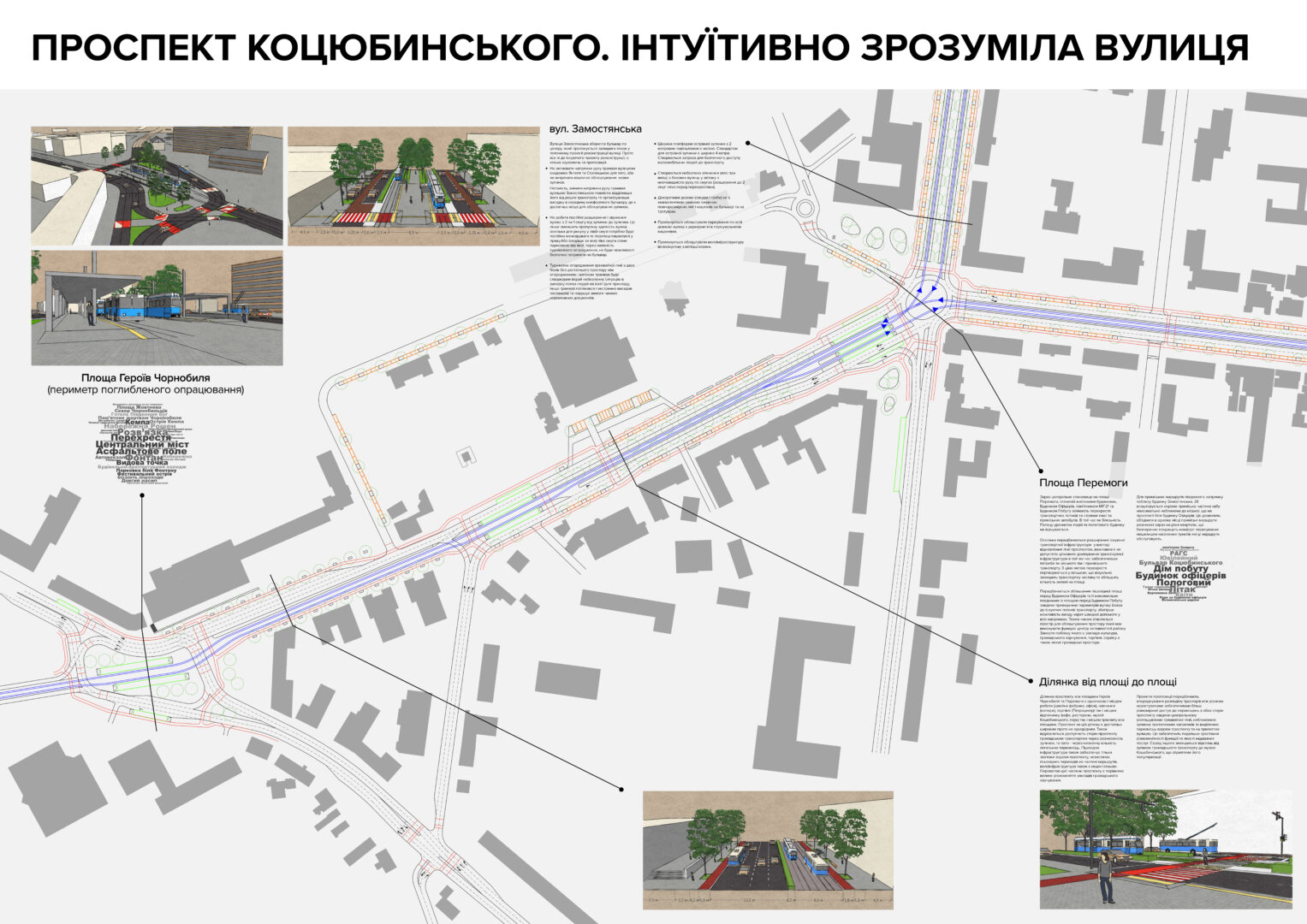 A detailed assessment of reconstruction options is required. Traffic flows should be modelled using the Vissim simulation software. Reconstruction design specifications should be developed.

City-wide traffic and traffic light management should be introduced in accordance with the Comprehensive Strategy for Urban Transport and Spatial Development (Section 3.2.)

The Square should be reconstructed, including the creation of a new public transport transfer hub. Trolleybus and bus routes shall be reorganized to fit into the new transfer hub. Public space should be rorganized.